Terrorist PKK followers to hold yet another mass gathering in Germany 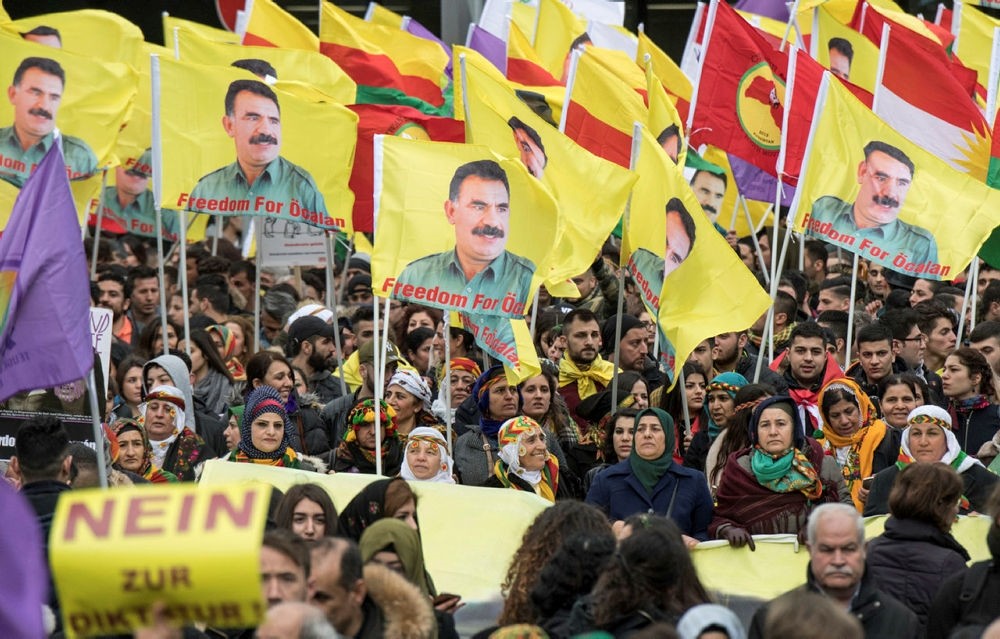 Supporters and sympathizers of the outlawed PKK terrorist group will hold a mass gathering in Cologne, Germany this September, an announcement on the European Kurdish Democratic Societies Congress website has confirmed.

According to the announcement, the 25th International Kurdish Culture Festival, first held in 1992 in Bochum, Germany, will be held on Sept. 16 in Cologne, with the slogan: "Freedom for Öcalan, Status for Kurdistan, and Peace in Middle East," referring to the PKK's imprisoned leader, Abdullah Öcalan, and the group's goal for autonomy in the region. The organizers of the event have also said that the so-called festival will also remember several fallen PKK fighters.

Despite its international status as a terrorist organization, the PKK has enjoyed relative freedom in European cities and have a particularly strong presence in Germany. PKK supporters have been allowed to hold rallies, recruit militants and collect funds in Germany and several other European countries, including Belgium, the Netherlands, and Switzerland to support terrorist activities.

According to a recent German Interior Ministry report, in 2016, crimes committed by PKK followers in Germany increased by a staggering 97.6 percent to 1,597 cases. Many of the incidents involved PKK followers violating demonstration and assembly laws, the report noted.

However, Ankara has long criticized what it calls Germany's indifference to the activities of different terrorist groups within its borders. Although Berlin outlawed the PKK in 1993, authorities have been reluctant to take strong measures against its activities, ignoring repeated warnings from Ankara.

According to Germany's domestic intelligence agency, the Federal Office for the Protection of the Constitution (BfV), the PKK has nearly 14,000 followers among the ethnic Kurdish population in Germany.

Criticizing Germany's reluctance to take measures against the PKK, Turkey's ruling Justice and Development Party's (AK Party) Istanbul deputy and the chairman of the Committee on Human Rights Inquiry, Mustafa Yeneroğlu, said that Germany fights terrorism only in rhetoric.

"Unfortunately, the German government's cooperation to battle terrorism consists only of empty talk. The PKK is more active than ever in Germany," Yeneroğlu contended yesterday.

In addition to the PKK presence in Germany, Gülenist Terror Group (FETÖ) members have also been active in the country lately. A large number of fugitive FETÖ members have already sought and been granted asylum there. Ankara accuses FETÖ of carrying out last year's July 15 coup attempt, which killed 249 people and injured at least 2,000 others.

Meanwhile, Ankara has repeatedly called on Berlin to extradite terrorism suspects based on the NATO allies' extradition agreement. Germany, however, has not taken any step to meet Ankara's demands. In response, Turkish authorities denied German lawmakers access to İncirlik Air Base to visit the German soldiers stationed there. Berlin, in turn, decided to withdraw its troops and aircraft from İncirlik and relocate them to an air base in Jordan.

President Recep Tayyip Erdoğan has repeatedly said that more than 4,000 files regarding terrorism suspects were sent to Germany, however, no step has been taken to extradite them to Turkey.

Recently, a senior FETÖ member told the German media that Germany will likely become "a new center" for the group. Ercan Karakoyun, who heads the FETÖ-linked Foundation for Dialogue and Education in Germany, told the German weekly Die Zeit that "the [Gülen] movement cannot survive in Turkey."

Tensions between the two countries mounted after Turkish authorities detained a German national for alleged links to terrorism and espionage. Ten suspects, including German national Peter Steudtner, Swedish national Ali Gharavi and Amnesty International Turkey Director İdil Eser, were detained after police raided a meeting at a hotel on the island of Büyükada, Istanbul, for allegedly planning provocative acts to fuel unrest across Turkey.

Six of the suspects were arrested on terrorism charges while four were released and placed under judicial control.