Turkey-EU has a lot to cover, bloc's delegation head says 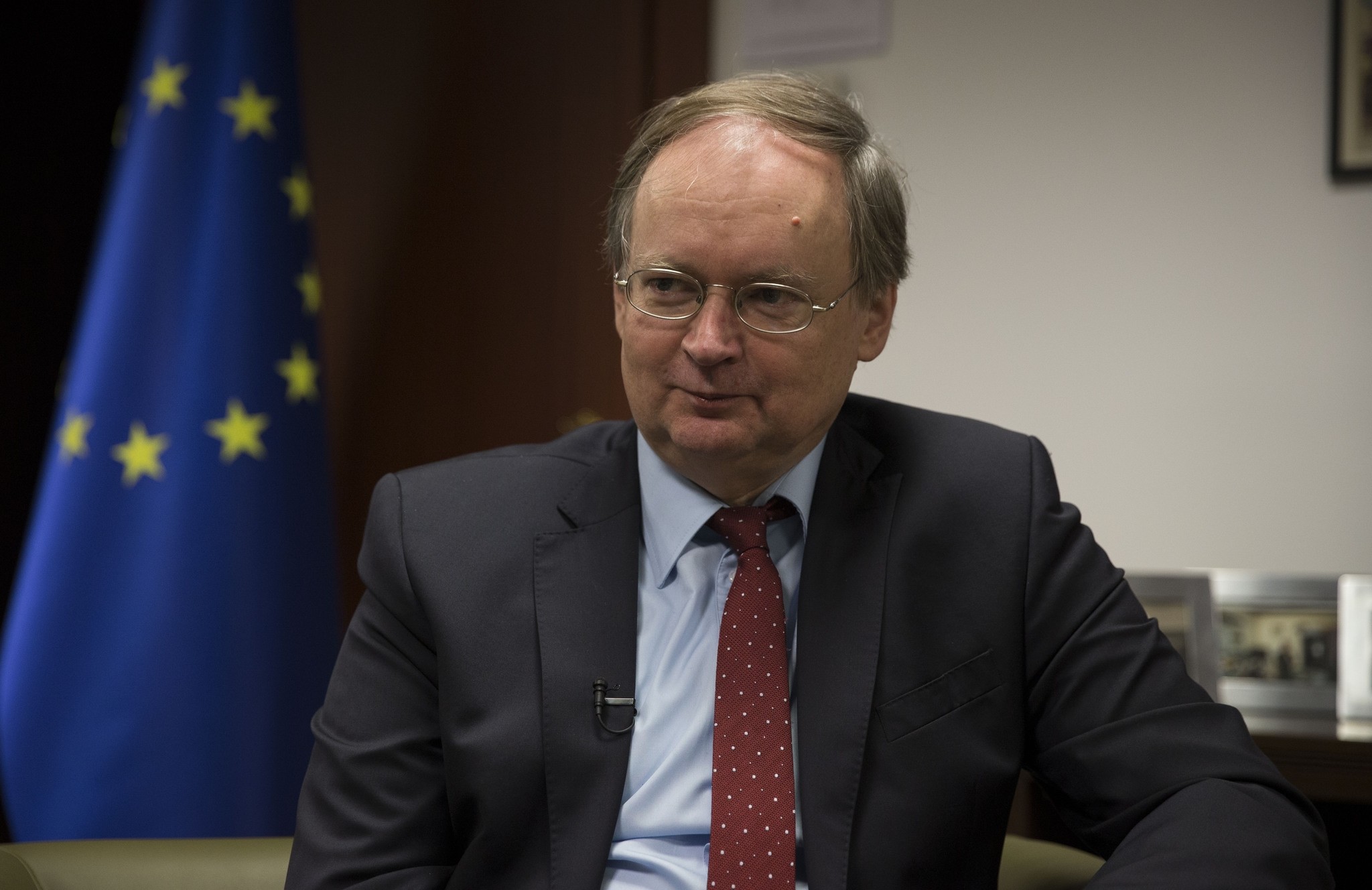 The head of the European Union delegation to Turkey has told Anadolu Agency the bloc would always find a way of cooperating with the country despite the "upside-down history" of Ankara-EU relationships.

Ambassador Christian Berger also spoke about the Turkey-EU migrant deal and flagged up a number of high-level meetings to come before the end of the year.

In an interview with Anadolu Agency, he said: "We have had political problems in the past; [there have] been many in the upside-down history of EU-Turkey relationships.

"But we always find a way of getting out of this and find a proper way of communicating, cooperating for the benefit of both Europe and Turkey."

Berger said a number of high-level meetings on energy, transport and economic issues are set to take place by end of November and the first week of December in Brussels, initially planned in a Turkey-EU summit earlier this year.

"Here in Ankara we will have a meeting on counterterrorism and common security issues. The calendar from now until the end of year is pretty full," he added.

The EU and Turkey started membership negotiations in 2005, but the talks entered a stalemate due to the Cyprus problem and the opposition of several EU governments to Ankara's full membership.

Ankara's relations with some EU member states suffered further setbacks in recent months, as Turkish leaders slammed their counterparts for not showing solidarity with Ankara over the defeated coup attempt in 2016, and providing support to groups hostile to Turkey.

Referring to an EU-Turkey deal for 3 billion euros ($3.94 billion) to support refugees taking shelter in Turkey, Berger said: "Once we have spent the [amount of] money we [will] think about the continuation."

Turkey currently hosts the highest number of Syrian refugees in the world.

Berger said the EU would evaluate how much money had been spent and what was needed in the future, adding:

"We are finishing the contracting of the first 3 billion by end of this year and we should have signed contracts with organizations, the government of Turkey, NGOs, U.N. organizations, etc. -- these are our implementation partners."

"We will have a meeting in November in Brussels to talk about implementation. By the end this year the first 3 billion should be completely contracted," he added.