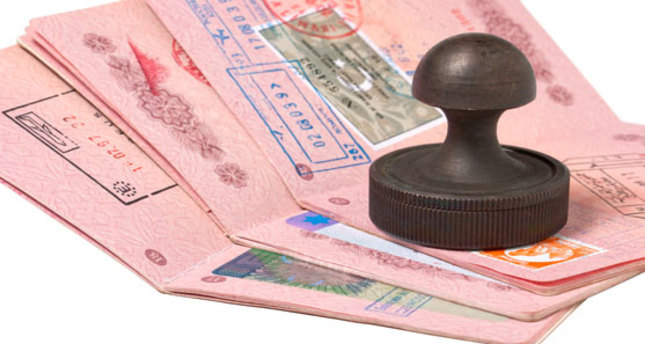 by Daily Sabah May 05, 2014 12:00 am
ATHENA — Greece is preparing to remove visa requirements for Turkish citizens, according to recent remarks made by Konstantinos Kutras, the country's spokesperson for the Ministry of Foreign Affairs.

Referring to the fact that a High Level Strategic Cooperation Council (YDSK) between Turkey and Greece took place twice in the past, Kutras said efforts are being made to hold a third YDSK next fall. "Greece is seriously loaded with duties as the European Union's president," said Kutras, who noted the YDSK's significance is crucial and the implementation of treaties signed under this council is also important.

Kutras also stated relations between Turkey and Greece were exceptional and Turkey was a strategic partner of Greece, while noting that the Greek government fully supports the acceptance of Turkey as a member of the European Union under the framework of good neighborhood relations and respect for the law.

"Greece is the strongest supporter of Turkey in its bid to become a member of the EU," noted Kutras, who emphasized Greece took serious steps toward fully abolishing visa requirements for Turkish citizens. The spokesperson hoped removing visa requirements would bring the people of the two countries closer and positively impact the economy and tourism.

"The speedy visa implementations currently present in a number of islands in the Aegean is a pilot project that could pave the way for the rest of Turkey," said Kutras, who referred to cooperation between the two countries in terms of the Trans-Adriatic Project, and the interconnection of Gümülcine-Karacabey electrical networks.

According to Kutras, Greece is ready to provide search efforts for reaching the corpse of Lieutenant Nail Erdoğan, the pilot of the Turkish F-16 plane that fell to the Aegean Sea in 1996 as promised by Dimitris Avramopoulos, the Greek Minister of Defense.

In terms of the Cyprus issue, Kutras explained the two sides are moving toward a resolution and it is crucial to increase the number of confidence-building measures to reach a lasting peace under the framework of U.N. decisions and EU legal stipulations for the benefit of both communities.