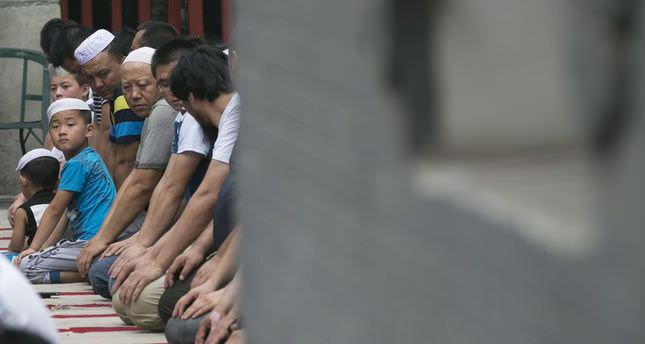 by AA Jul 07, 2014 12:00 am
British Conservative European Parliament member Sajjad Karim has voiced concern over Chinese government's decision to ban government employees and students from fasting during the Muslim holy month of Ramadan.

In a letter sent to EU's foreign policy chief Catherine Ashton, Karim called on the European Union to impose sanctions on China if the government does not remove the ban, according to a press statement released by his party.

"I urge you to take this matter up with the Chinese authorities and ask what steps are to be made to help a troubled people and prevent the escalation of violence in Xinjiang," Karim told Ashton in the letter.

The statement added that Karim, a former candidate for the the European Parliament presidency, also sent a letter to China's Ambassador to the EU Yang Yanyi to urge Beijing to repeal the ban.

In previous years, the Beijing government has banned fasting "for the health of government employees." Warning notices have also been published stating that government officials cannot fast.

Certain government agencies have been reported to distribute free food coupons during Ramadan.