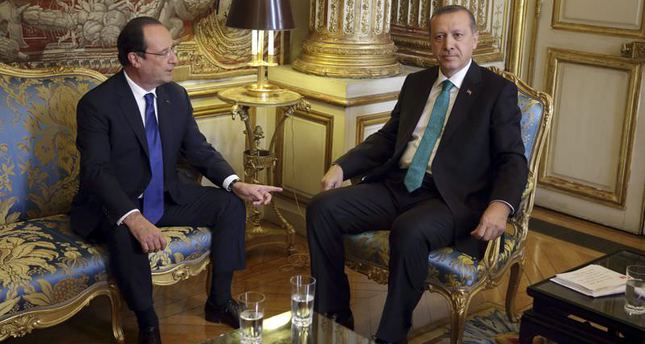 by Oct 08, 2014 12:00 am
France supports the idea of setting up a buffer zone between Turkey and Syria to create a safe haven for displaced people, President Francois Hollande's office said on Wednesday, after the French President spoke to his Turkish counterpart, Recep Tayyip Erdoğan.

"(The president) insisted on the need to avoid massacres in the north of Syria. He gave his support to the idea proposed by President Erdoğan to create a buffer zone between Syria and Turkey to host and protect displaced people," read the statement.

The statement added that the two countries also agreed on the need to give more support to the moderate Syrian opposition to fight Syrian President Bashar al-Assad and the ISIS militants.