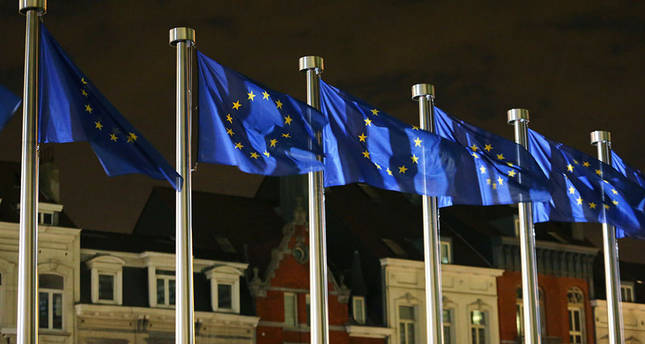 by reuters Nov 05, 2014 12:00 am
The European Union's auditor called on the bloc's new executive on Wednesday to seek better value for taxpayers' money as its report on the 2013 accounts estimated that up to 9 billion euros may have been misspent.

However, at a time when national governments are under pressure from Eurosceptic parties, who are denouncing waste in Brussels, the European Court of Auditors criticized member states' failure to curb fraudulent and other unjustified claims for EU cash and praised the commission's efforts to claw back misdirected funds.

Signing off on its audit of the 148.5 billion euros ($186 billion) of EU spending last year, the court put its estimated "error rate" - a statistical measure of what was spent in breach of EU rules - at between 3.5 percent and 5.9 percent, giving a headline rate in the middle of the range of 4.7 percent, similar to 2012.

In big net contributor states, like Germany and especially Britain, accounts of fraud, waste and inefficiency may fuel new grumbling about the EU.

British Prime Minister David Cameron, who plans a referendum on membership, is this week fighting a revision in states' contributions to the EU budget that has seen London presented with a bill for an extra 2 billion euros.

In the 1,200 or so sample cases tracked by auditors, they found irregularities of some kind in over 40 percent - including over half of those in the biggest parts of the budget, devoted to the likes of regional infrastructure and farm subsidies.

"There has to be more careful management and control of EU funds," Court of Auditors President Vitor Caldeira said. "If European Union citizens do not have a clear perception of the added value of EU spending, we will not have their trust."

In regards to the EU executive led by Jean-Claude Juncker which took office this week for the next five years, Caldeira said: "This new commission is a golden opportunity to move from a spending culture to a performance culture."

The court noted that in such areas of spending, which account for much of a budget that makes up about 2 percent of public expenditures across the 28-member bloc, national officials manage much of the payment systems. It found misspending is higher in such areas than in budgets managed solely by the commission.

Among other examples, it cited the case of a Sardinian artichoke grower being found using harmful pesticides while claiming EU compensation for eschewing their use, a German airport contract awarded with EU support without tender rules having been followed, and Scottish farmers claiming EU subsidies while not meeting rules for the notification of movement of livestock.

Officials say national governments have little incentive to halt payments that would reduce the EU funds flowing to their country. Caldeira called for an effort to introduce incentives for curbing misspending and for directing money to those ends that do most to fulfil EU goals, such as creating jobs.

The auditors did not single out member states for criticism, saying they found misspending across the euro zone, adding that in a large proportion of cases national officials should have seen mistakes by simply looking at information they already held.

The court also welcomed efforts by the commission to correct errors and recover funds, estimating that without this action, misspending would have been 6.2 percent of total spending rather than 4.7 percent.