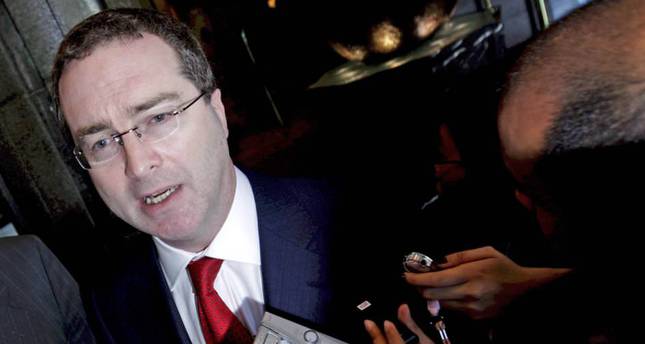 by reuters
Nov 05, 2014 12:00 am
Twitter and Facebook are so important to militant groups that the U.S. technology giants should give security services greater access to allow Western governments to foil attacks, the head of Britain's eavesdropping agency said. The new director of Britain's GCHQ, Robert Hannigan, said Twitter Inc., Facebook Inc. and WhatsApp were in denial about their unintended role as "the command and control networks of choice for terrorists". Islamic State of Iraq and al-Sham (ISIS) militants are harnessing the power of the Internet to create a militant network with near global reach just a quarter of a century since the creation of the World Wide Web, Hannigan said. "The challenge to governments and their intelligence agencies is huge -- and it can only be met with greater co-operation from technology companies," Hannigan wrote in the Financial Times newspaper. "If they are to meet this challenge, it means coming up with better arrangements for facilitating lawful investigation by security and law enforcement agencies than we have now." Twitter and Facebook, which owns WhatsApp, declined immediate comment before U.S business hours. GCHQ also declined to comment on the article.

Such a strong public warning from one of the West's most powerful spies indicates the gravity of the perceived threat and a sense of frustration felt by many spies about the damage done by former National Security Agency contractor Edward Snowden. Media reports based on previously top secret documents stolen by Snowden, a U.S. citizen who now lives in Moscow, laid bare the extent of American and British surveillance, including demands spies made to telephone and technology companies. In the wake of the Snowden revelations, GCHQ, which stands for Government Communications Headquarters, was accused by privacy groups and some lawmakers of the widespread illegal monitoring of electronic communications. GCHQ, MI5 and Britain's foreign spy service, MI6, need greater support from the private sector, said Hannigan, who singled out U.S. technology companies in particular. No British-based companies were named. Hannigan said ISIS militants were harnessing the power of technology in a new and dangerous way. While al Qaeda mainly hid in the shadows of the Internet using it as a modern drop box or secret ink, ISIS is noisily using it to advertise itself, radicalize new recruits and intimidate with grotesque videos of beheadings, he said. "The ISIS leadership understands the power this gives them with a new generation," Hannigan said, adding that militants had used World Cup and Ebola hashtags on Twitter messages to pitch their views to a wider audience. "The extremists of ISIS use messaging and social media services such as Twitter, Facebook and WhatsApp," he said.