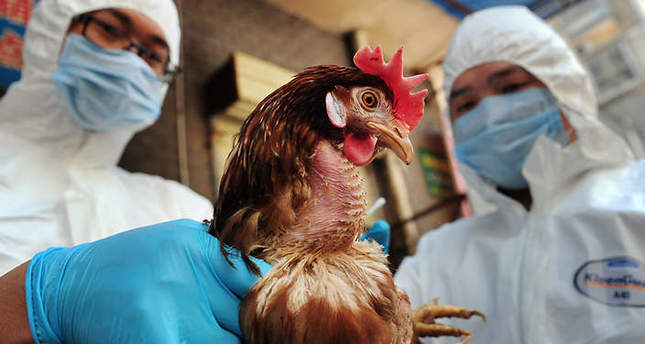 by Nov 06, 2014 12:00 am
Germany has detected a highly pathogenic bird flu strain which has hit Asia severely but never been reported in Europe, the World Organization for Animal Health (OIE) said on Thursday.

Turkeys were found infected with the H5N8 serotype of the disease on November 4 on a farm in the northeastern state of Mecklenburg-Vorpommern, OIE reported on its website, citing data submitted by the German ministry of agriculture.

"It is the first time that the highly pathogenic H5N8 strain has been notified by a member of the OIE in Europe," a spokeswoman for the Paris-based organisation told Reuters.

Some 5,000 birds were infected by the disease, of which 1,880 died, according to the report. It quoted German authorities as saying that the dead birds had been safely disposed of and the farm was being disinfected.

The H5N8 strain has never been detected in humans but has led to massive culling of animals in countries affected. South Korea was forced to slaughter millions of farm birds to try to contain an outbreak there.

China and Japan also reported cases of the H5N8 virus earlier this year.

Germany had not been hit by a highly pathogenic form of avian influenza since 2009. In that year it reported cases of H5N1, a different strain that can be transmitted from birds to humans and had caused the death of nearly 400 people in the world as of July 2014, according to World Health Organization (WHO) data.