Hundreds arrested in clashes at rally in Poland 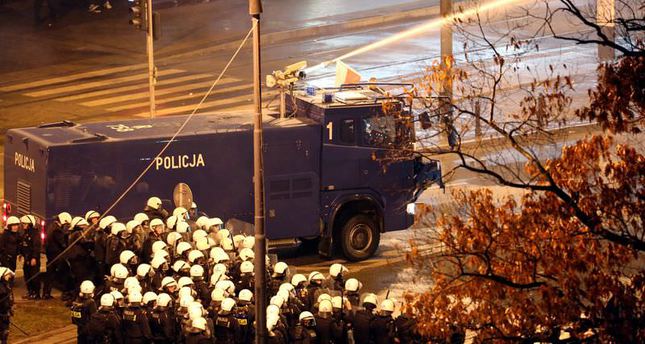 by German Press Agency - DPA
Nov 12, 2014 12:00 am
Nearly 280 people were arrested and 47 injured in clashes on Tuesday during a march by right-wing and nationalist groups on Polish Independence Day in Warsaw, authorities said.

A police spokesman said 23 officers and 24 other people were injured.

A mob of hundreds pelted police with rocks and fireworks. Officers responded with water cannons and rubber bullets.

The so-called Army of Patriots march drew tens of thousands to demonstrate in the Polish capital. Organizers tried to quell the unrest but were unable to prevent a two-hour melee outside the national stadium.

Police had deployed an extra 5,000 officers to keep order.

Police Independence Day observances have been marred by violence in the past.