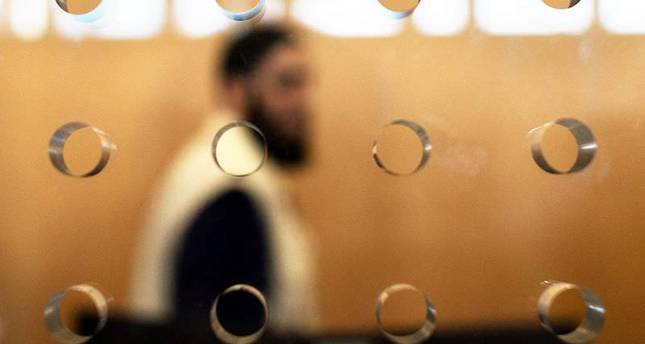 by reuters
Nov 13, 2014 12:00 am
Police arrested nine men suspected of supporting militant groups in Syria and raided numerous properties in one of the largest sweeps against the self-proclaimed Islamic State of Iraq and Al-Sham (ISIS) supporters in Germany yet, prosecutors said on Wednesday.

More than 240 police officers took part in the operation in Germany's most populous state of North Rhine-Westphalia, targeting a network believed to help radical organizations that included ISIS.

A 58-year-old Pakistani man, Mirza Tamoor B., was arrested on suspicion that he smuggled two fighters from Germany to Syria, while a 31-year-old German, Kais B. O., was detained on suspicion of recruiting three other potential militants and helping them to travel to Syria, federal prosecutors said.

The two are also believed to have sent more than 3,000 euros ($3,700) to support ISIS and other radical groups.

According to prosecutors in Cologne, a further seven German citizens, aged between 22 and 35, were arrested on suspicion of robbing churches and schools to provide money for terrorists.

The raids targeted dozens of properties in several cities across North Rhine-Westphalia and police were investigating a further 20 suspected members of the terrorist network, they said.

Some of the suspects were also being investigated for procuring false passports for potential militants who wanted to travel to Syria, the local prosecutors added.

As with other western European countries, Germany is struggling to stop the radicalization of young Muslims, some of whom want to become ISIS militants in Syria or Iraq. Officials also worry that they might return to plot attacks on home soil.

German intelligence authorities estimate at least 450 people have left Germany for Syria and around 150 have returned. Many are being criminally investigated.