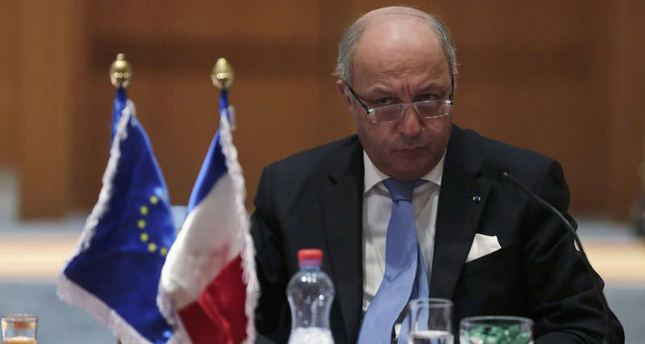 by AA Nov 14, 2014 12:00 am
France urged Israel on Thursday to immediately reverse its decision to build 200 new settler houses in Ramot, East Jerusalem.

The French Foreign Ministry said in a statement that Israel's decision had, again, directly threatened the two-state solution between the Israelis and Palestinians.

"We urge Israel to immediately reverse this decision, everything must be done to stop the escalation and restart the peace process," the statement said.

The French National Assembly is due to vote on November 28 on a proposed resolution to recognize the state of Palestine.

The debate on the resolution, which has yet to be formally filed by the Socialist group, will take place nearly two weeks before the French Senate votes on December 11 on a Communist resolution on the same subject.

Socialist MPs, led by the chairwoman of the Committee of Foreign Affairs, Elisabeth Guigou, are working on a proposal to urge the French government to recognize Palestine as a state and work towards ending Israeli occupation, French daily Le Figaro had recently reported.

"The Assembly calls on the French government to use the recognition of the State of Palestine as a final way to find a final settlement of the conflict," a draft of the resolution reads.
Last Update: Nov 14, 2014 3:08 pm
RELATED TOPICS