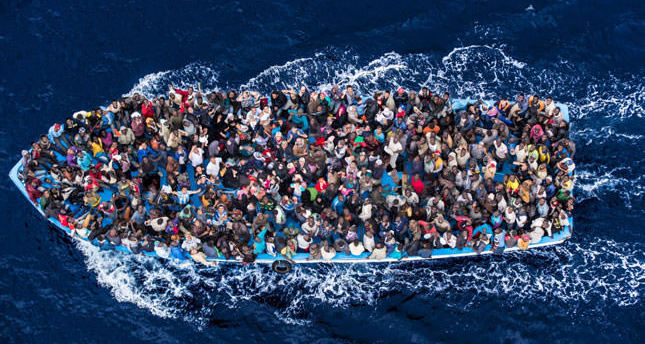 Search and rescue operations to prevent migrants from drowning in the Mediterranean while they try to reach European shores face tightened measures as the joint EU border protection operation dubbed Operation Triton has a more limited scope to save migrants from mass drowning compared to the previous EU policy. As the number of desperate people fleeing poverty, conflict and war attempting to reach Europe by crossing the Mediterranean Sea has been gradually increasing, the new EU policy over sea rescue missions is likely to lead to the death of more migrants.

Operation Triton has been criticized due to the fact that the main focus of the joint EU mission is only to manage border security control to keep massive numbers of migrants away from coming to Europe. The operation will not run in international waters. Instead, it is only active within 30 nautical miles off the Italian coast, covering only "the maritime area south of Sicily and the Pelagic Islands as well as the coastal areas around Calabria, southern Italy." The policy does not allow for the rescue of migrants in need of help further asea as its operational area of activity has contracted.

"While saving lives is an absolute priority in all maritime operations coordinated by Frontex, the focus of Joint Operation Triton will be primarily border management," said the EU border agency, Frontex in a statement. "Due to the extremely high migratory pressure Italy is currently subject to, Frontex will launch a new operation in the Central Mediterranean area," read the statement.

"The limited range and border enforcement mandate of Operation Triton are no substitute for Mare Nostrum. If the EU is serious about preventing future tragedies, it needs to give Triton the mandate and resources to rescue boats throughout the Mediterranean," said Judith Sunderland, a senior Europe researcher at Human Rights Watch (HRW), in a joint statement with Amnesty International on Oct. 9.

Italian ships and aircraft were involved in Italy's patrolling close to the Libyan coast. The sea rescue mission saved over 100,000 migrants who had paid smugglers to bring them to Europe. During the Mare Nostrum operation Italian authorities shouldered the burden of rescuing migrants and therefore, Operation Triton was launched in order to share the burden of border management with contribution from other EU member states like providing ships, aircraft and personnel for the operation. The Frontex border control agency requested EU members "to contribute the necessary equipment including aircraft and a variety of patrol vessels to support the Italian authorities in border-control activities in the Mediterranean."

As reported by Amnesty International and HRW, over 165,000 refugees and migrants have arrived in Europe via the Mediterranean in 2014. It is estimated that more than 3,000 migrants have died at sea while crossing the Mediterranean, but human rights organizations are unable to give more accurate estimates and the number is believed to be much higher.