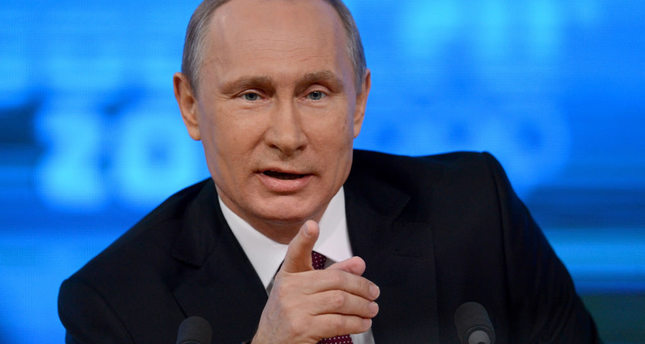 After tense meetings with Western leaders at the summit of the world's 20 leading economies, Russian leader Vladimir Putin was left isolated due to the escalating crisis in eastern Ukraine, as the West kept up pressure on Russia to respect Ukraine's territorial integrity and sovereignty. After bilateral talks on Ukraine with European leaders, the Russian president left the G-20 summit early amid intense criticism over Russia's intervention in Ukraine. He denied claims about his early departure from the meeting, saying that he needs more sleep before getting back to work on Monday.

Consistently at odds, the relationship between the West and Russia over Ukraine is now at a bitter stage. Russia still continues to increase its military build-up in rebel-held areas, while the West pressures Russia to fulfill its promise to respect the Minsk accords of September 5.

Amid growing international pressure on Russia to stay away from the conflict in eastern Ukraine, the West warned the Russian president of an intensification of Western sanctions if Russia continues military actions in rebel-held areas. Sanctions against Russia target the Russian gas and oil industry, individuals close to Putin and the imposition of an arms embargo. The list of sanctions includes Russia's top oil producers and the limiting of Russian firms access to European financial market, precluding them from raising capital in Europe. To impose stronger measures against Russia to disrupt the Russian economy as a whole, some large Russian enterprises close to President Putin have already been the targets of both EU and U.S. sanctions. EU foreign ministers meet today to discuss additional possible sanctions on Russia and to extend the list of people subject to asset freezes.

Russia's increased militarization of the rebel-held areas in the Donbass region, and its explicit support to pro-Russian separatists seeking a regional leadership close to Russia were criticized by many Western leaders, as the security situation in eastern Ukraine has been gradually worsening with heavy shelling by Russian-backed rebels. Since Russian annexation of Crimea earlier this year, Russia has reinforced military might in the peninsula. The latest reports indicate that Russia plans to increase its military presence by putting aircraft in Crimea. The relation became tense after Russia's overt recognition of the separatists' election in the rebel-held east, which was held on November 2. The West condemned the election as "illegal" because it would undermine the peace process concerning de-escalation and a peaceful resolution.

"We are also very firm on the need to uphold core international principles. ... You don't invade other countries or finance proxies and support them in ways that break up a country that has mechanisms for democratic elections," said U.S. President Obama, stressing the urgent need for the withdrawal of Russian troops from Ukraine territories, as reported by Reuters.

"If Russia continues to destabilize Ukraine, and we continue to see Russian troops and Russian tanks inside Ukraine, then there's going to have to be a very different relationship with Britain and Europe on the one hand, and Russia on the other, and potential for further sanctions," British Prime Minister David Cameron said on Radio 4's "Today" program, according to The Independent, a British newspaper.

Since the fighting erupted between Ukrainian forces and pro-Russian rebels, no agreement has come for a permanent solution to resolve the Ukraine crisis. The mediating efforts between the European Union, Ukraine and Russia have resulted in no significant improvement so far to end the pro-Russian separatist rebellion in eastern Ukraine. As the ceasefire talks of September 5 were on shaky ground, the agreement to achieve peace in Ukraine's east has been broken many times due to continuing heavy exchange of artillery shelling in and around Donetsk Oblast.

Meanwhile, in addition to Ukraine's economic blockade of the rebel-held cities in the east of the country, Ukraine closed state services in regions held by pro-Russian rebels. Ukrainian President Petro Poroshenko on Saturday signed a decree that shuts down Ukrainian government services. The decree covers basic services such as education, medical care and emergency services, according to a statement published on the president's official website, Anadolu Agency reported.