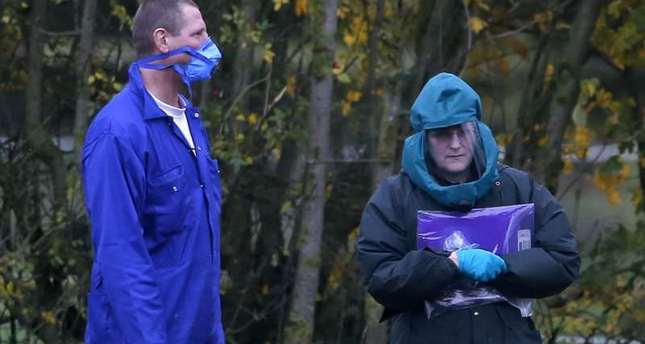 by AA Nov 17, 2014 12:00 am
The European Commission has said it is discussing "urgent protective measures" against a strain of ''highly contagious'' bird flu discovered at a poultry farm in the Netherlands.

The discussions on Monday came a day after Dutch authorities announced the bird flu strain, H5N8, was highly contagious among poultry and could be transmitted to humans - although there has never been a case recorded to date.

Netherland's Ministry of Economic Affairs said in a statement: "This highly pathogenic variant of avian influenza is very dangerous for bird life. The disease can be transmitted from animals to humans."

Dutch authorities are set to cull 150,000 hens at the infected farm in the village of Hekendorp and a 72-hour ban on the transportation of poultry products-including birds, eggs and dung-to and from poultry farms across the country has been imposed.

Cases of the same bird flu-H5N8-were detected at a farm in Germany on November 4 and on January 18 the South Korean government also reported an outbreak o in breeding ducks in the south-west part of the country.

The UK's Department for the Environment, Food and Rural Affairs (Defra) also confirmed on Monday a case of avian flu outbreak in a duck-breeding farm in Yorkshire.

The case was identified as an H5 avian flu strain and tests were being run to identify the exact strain of the disease, according to Defra.

Defra stated in a press release: ''Public Health England have confirmed the risk to public health is extremely low and we have ruled out the H5N1 strain that is infectious for humans.

''Immediate action has been taken to control the outbreak. including introducing a 10km-restriction zone and a complete cull of all 6,000 birds on the farm to prevent any potential spread of infection."