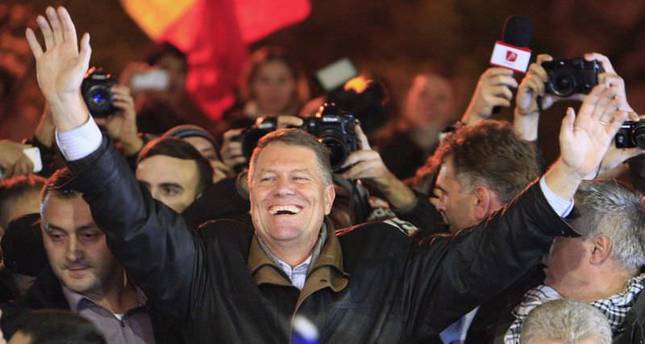 by Associated Press Nov 17, 2014 12:00 am
Thousands of people are celebrating in Bucharest after an ethnic German mayor defeated the Romania's prime minister in a presidential runoff.

Prime Minister Victor Ponta had been the favorite to win. But Klaus Iohannis, the mayor of the Transylvanian city of Sibiu who promised to crack down on corruption, scored a surprise victory.

With some 96 percent of the votes counted, Iohannis was leading with about 54.66 percent early Monday.

"Thanks to you, another kind of Romania is beginning," Iohannis said on his Facebook page.

Some 15,000 people originally gathered to protest difficulties encountered by expatriate Romanians voting abroad. But the protest turned into a celebration as Iohannis walked through the jubilant crowd gathered in a square where demonstrators were shot dead during Romania's 1989 revolution.