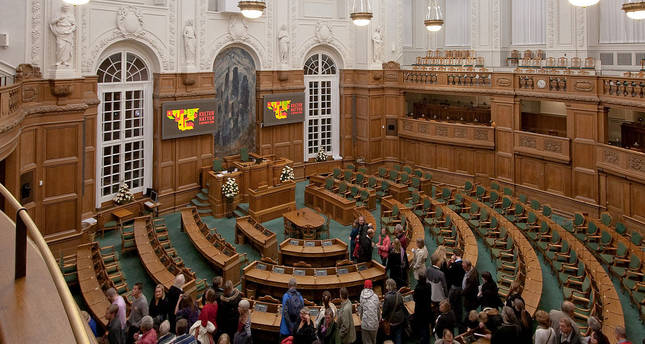 by Daily Sabah with Agencies Nov 27, 2014 12:00 am
Denmark paid unemployment benefits to 28 people while they were waging war for the self-proclaimed Islamic State of Iraq and al-Sham (ISIS) group in Syria, the Danish intelligence service was quoted as saying on Thursday.

Out of the 28 Danish people identified by the Danish Security and Intelligence Service (PET) as having received benefits, 15 had been ordered to pay the money back, eight people were still being investigated, and five cases had been dropped due to insufficient evidence, tabloid BT reported.

"It is incredibly important that we are not naive," Danish Justice Minister Mette Frederiksen told the daily when asked about the data, which was found by merging records kept by different authorities.

Denmark has one of the world's most generous unemployment insurance systems, with those on the scheme receiving up to 801 kroner per day (108 Euros or $134) for up to two years. Denmark has the second largest number of foreign fighters in Syria relative to its size among Western nations, after Belgium, according to some estimates.

Authorities had previously estimated the number at 450.

Britain believes around 500 of its citizens are fighting for ISIS. Large numbers of foreign youth joining ISIS forces from Europe has led European intelligence agencies to monitor traveling behaviors of their citizens, which has caught the attention of NGO's for civil liberty groups, who are claiming discrimination against citizens travelling to Middle East.

Furthermore, as a result of such patterns, there have been claims that policy makers have been motivated to create Islamophobic policies against their Muslim citizens.