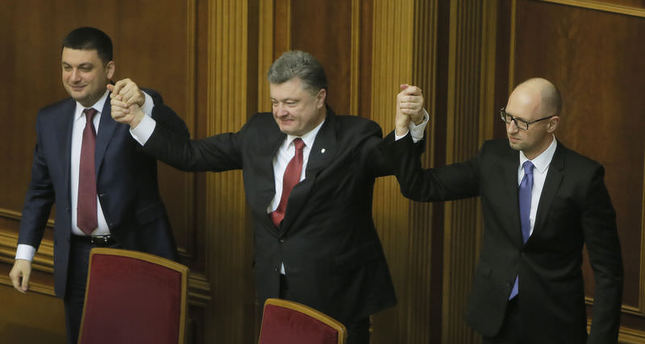 by AA Nov 27, 2014 12:00 am
The newly-formed Ukraine parliament has re-elected Arseniy Yatsenyuk as prime minister.

Yatsenyuk, proposed by President Petro Poroshenko, garnered the support of 341 of 450 lawmakers in parliament, also known as Verkhovna Rada on Thursday.

The president delivered a speech ahead of the vote asking for support for Yatsenyuk, saying: "The Ukraine constitution gives me 15 days to propose a prime minister and I need 15 seconds to ascertain him."