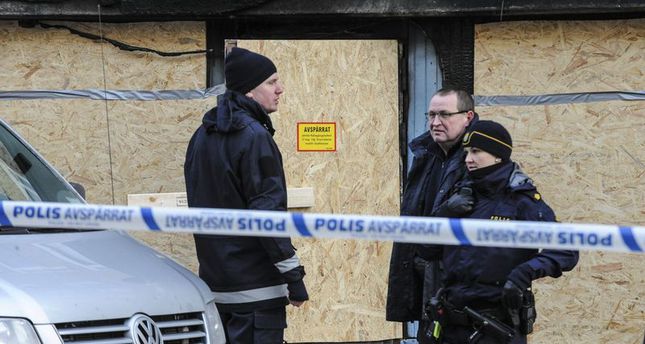 by AA Dec 26, 2014 12:00 am
A mosque was attacked in the southeast Swedish town of Eskilstuna Thursday night just hours after another mosque in the same town came under arson attack, a Swedish newspaper reported.

Police said an unidentified man crushed a window of a mosque Thursday night only a few meters away from where the first mosque was attacked by arson, Swedish daily Aftonbladet said.

Police said it was still unclear if both cases were connected.

In the first incident, five people were injured when an arsonist set a mosque on fire in Eskilstuna. Swedish Security Service launched an investigation into the arson attack.

Expo, a Swedish foundation raising awareness on racism and xenophobia, said at least 12 attacks took place on mosques across Sweden this year.

This means that there was at least one attack per month on a mosque across Sweden from January to December this year, according to Expo's figures.

The arson attack on the mosque occurred on Christmas Day in the backdrop of a tense debate in Sweden on immigration and support for a far-right political party, the Sweden Democrats.
Last Update: Dec 26, 2014 9:31 pm
RELATED TOPICS