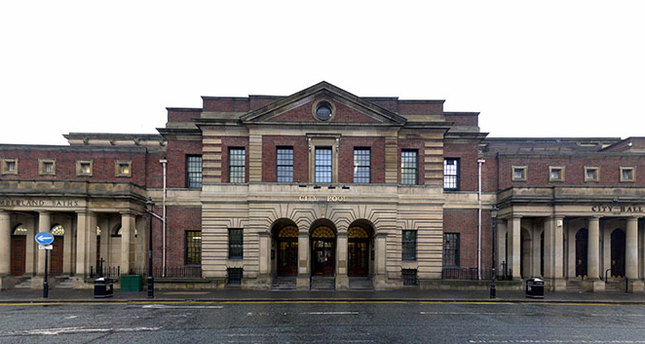 by Anadolu Agency Dec 31, 2014 12:00 am
Campaigners for the Re-open Newcastle Turkish Baths Group, have refreshed their hopes of reopening the 86 year-old City Pool and Turkish Baths with a £10,000 grant.

According to an article published by BBC News, the grant was given for the group's research options to reopen the building, which was recognized as a Grade II community asset on January 15 2014 with the efforts of campaigners.

Teresa Marshall from Re-open Newcastle Turkish Baths Group commented that the grant was a vote of confidence for their efforts, and appealed to other organizations for possible collaborations.

Marshall added: "Newcastle Turkish Baths are one of only a very few remaining original Turkish Baths in the country, and we are keen to do everything to have this much-loved and greatly missed facility re-opened for the benefit of residents and visitors to Newcastle."

The Turkish Baths and City Pool were closed in March 2013 due to £100m budget cuts in Newcastle City Council, which also lost 1,300 jobs.

The facility is located on Newcastle's Northumberland Road and was opened in 1928. It is considered unique as it is one of the 11 remaining Victorian Turkish baths in England.