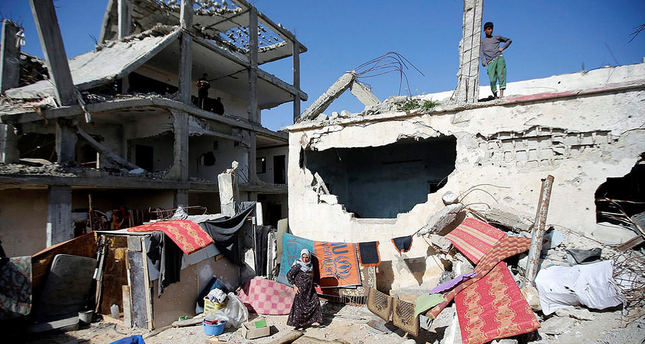 by Feb 03, 2015 12:00 am
The head of a U.N. inquiry into last summer's conflict between Israel and Gaza said on Monday he would resign after Israeli allegations of bias due to consultancy work he did for the Palestine Liberation Organisation.

In a letter to the commission, a copy of which was seen by Reuters, Schabas said he would step down immediately to prevent the issue from overshadowing the preparation of the report and its findings, which are due to be published in March.

Schabas' departure highlights the sensitivity of the U.N. investigation just weeks after prosecutors at the International Criminal Court in The Hague said they had started a preliminary inquiry into alleged atrocities in the Palestinian territories.

In the letter, Schabas said a legal opinion he wrote for the Palestine Liberation Organisation in 2012, for which he was paid $1,300, was no different from advice he had given to many other governments and organisations.

"My views on Israel and Palestine as well as on many other issues were well known and very public," he wrote. "This work in defence of human rights appears to have made me a huge target for malicious attacks (...)."

Israel had long criticized Schabas' appointment, citing his record as a strong critic of the Jewish state and its current political leadership. Schabas said his work for the PLO had prompted the Human Rights Council's executive on Monday to seek legal advice about his position from U.N. headquarters.

"I believe that it is difficult for the work to continue while a procedure is underway to consider whether the chair of the commission should be removed," he wrote.

The commission had largely finished gathering evidence and had begun writing the report, he added.

The appointment of Schabas, who lives in Britain and teaches international law at Middlesex University, was welcomed at the time by Hamas but was harshly criticised by Jewish groups in the United States.

Schabas had said at the time he was determined to put aside any views about "things that have gone on in the past".