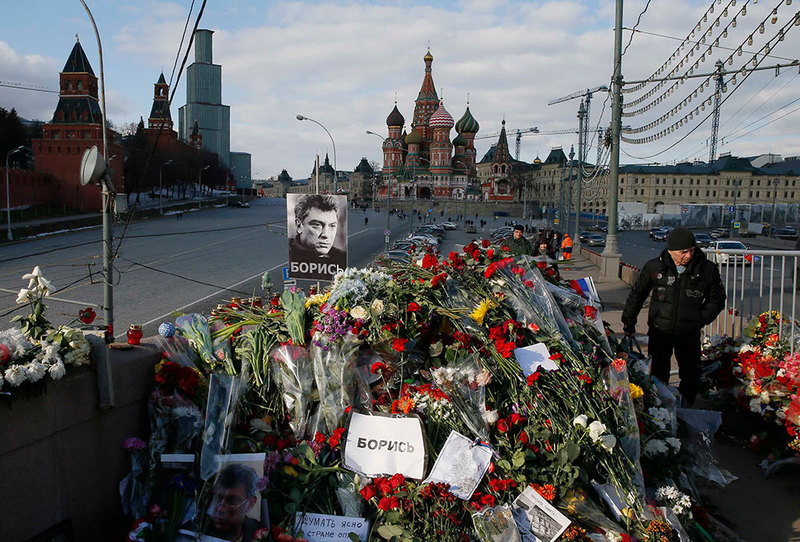 by Associated Press Mar 07, 2015 12:00 am
The head of Russia's federal security service said Saturday that two suspects have been detained in the killing a week ago of opposition politician Boris Nemtsov.

Alexander Bortnikov made the statement on state television. He said the two suspects were from Russia's North Caucasus region, but no other details were given.

It was not clear if either of the suspects was believed to have fired the shots that killed Nemtsov as he walked over a bridge with a companion near the Kremlin on Feb. 28.

Nemtsov's killing shocked Russia's already beleaguered and marginalized opposition supporters. Suspicion in the opposition is high that the killing was ordered by the Kremlin in retaliation for Nemtsov's adamant criticism of President Vladimir Putin. The 55-year-old was reportedly working on a report about Russian military involvement in the eastern Ukraine conflict.

But Russia's top investigative body said it was investigating several possible motives, including that he was killed in an attempt to smear Putin's image. It also said it was looking into possible connections to Islamic extremism and Nemtsov's personal life.