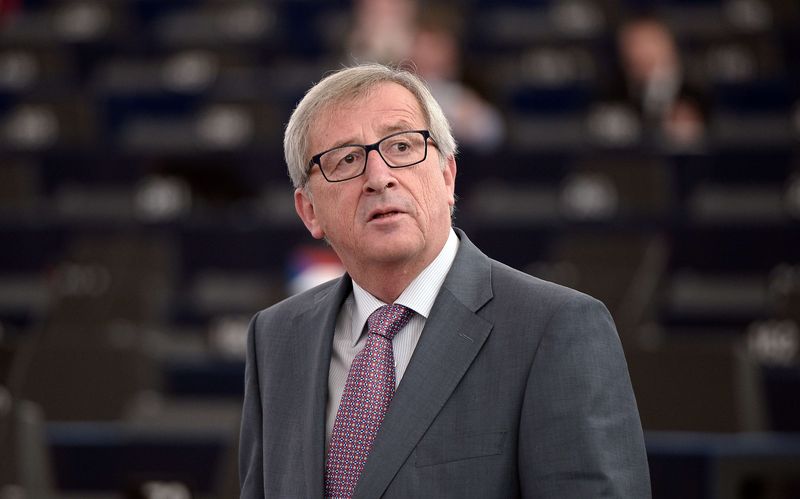 by Mar 08, 2015 12:00 am
The European Union needs its own army to face up to Russia and other threats as well as to restore the bloc's foreign policy standing around the world, EU Commission President Jean-Claude Juncker told a German newspaper on Sunday.

Arguing that NATO was not enough because not all members of the transatlantic defence alliance are in the EU, Juncker said a common EU army would also send important signals to the world.

"A joint EU army would show the world that there would never again be a war between EU countries," Juncker told the Welt am Sonntag newspaper. "Such an army would also help us to form common foreign and security policies and allow Europe to take on responsibility in the world."

Juncker said a common EU army could serve as a deterrent and would have been useful during the Ukraine crisis.

"With its own army, Europe could react more credibly to the threat to peace in a member state or in a neighbouring state.

"One wouldn't have a European army to deploy it immediately. But a common European army would convey a clear message to Russia that we are serious about defending our European values."

The 28-nation EU already has battle groups that are manned on a rotational basis and meant to be available as a rapid reaction force. But they have never been used in a crisis.

But Britain, along with France one of the two main military powers in the bloc, has been wary of giving a bigger military role to the EU, fearing it could undermine NATO.

German Defence Minister Ursula von der Leyen welcomed Juncker's proposal: "Our future as Europeans will at some point be with a European army," she told German radio.