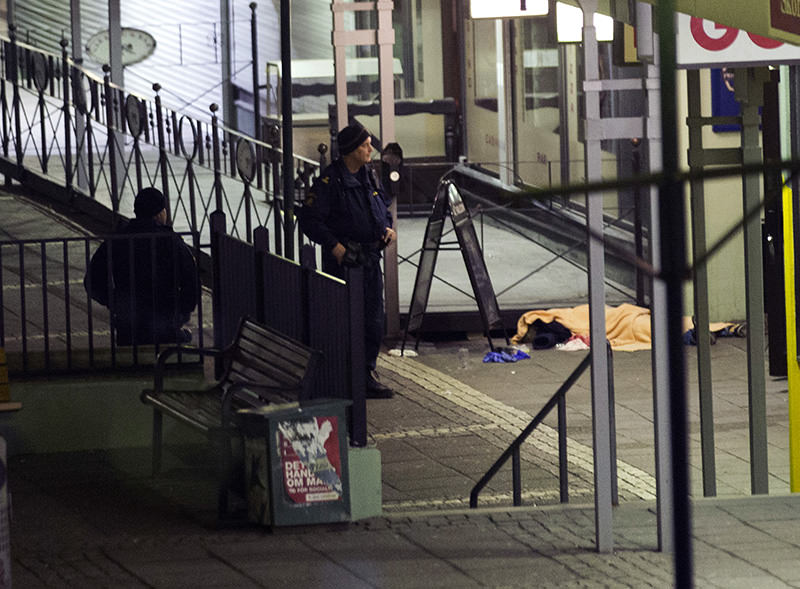 | Photo: AP
by Daily Sabah with AFP Mar 19, 2015 12:00 am
Two men were killed and 15 people wounded after at least one gunman opened fire in a Turkish restaurant in the Swedish city of Goteborg late on Wednesday, Swedish police have said.

Police said in a statement that an automatic weapon is believed to have been used in the shooting. Customers were watching football on television when the attack took place, AFP reported.

"Two men aged 20 to 25 were killed. Ten to fifteen people were shot and wounded in varying degrees," police said, adding that the death toll is expected to rise.

It was later discovered that the restaurant belongs to a Turkish man whose name is Osman Can. According to witnesses, the attackers fled the scene as soon as they opened fire in the restaurant.

The shootings are believed to be gang-related.

"We can't rule out that it's gang-related. We've had problems for some time with gang crime in this area," police spokeswoman Ulla Brehm told AFP.

Sweden and neighboring Denmark have a longstanding problem with criminal gangs, although fatalities are relatively rare.

Police have launched a murder investigation and are questioning "a large number of people". No arrests have been made yet.
Last Update: Mar 19, 2015 1:11 pm
RELATED TOPICS