British envoy: Many people in UK want to join ISIS 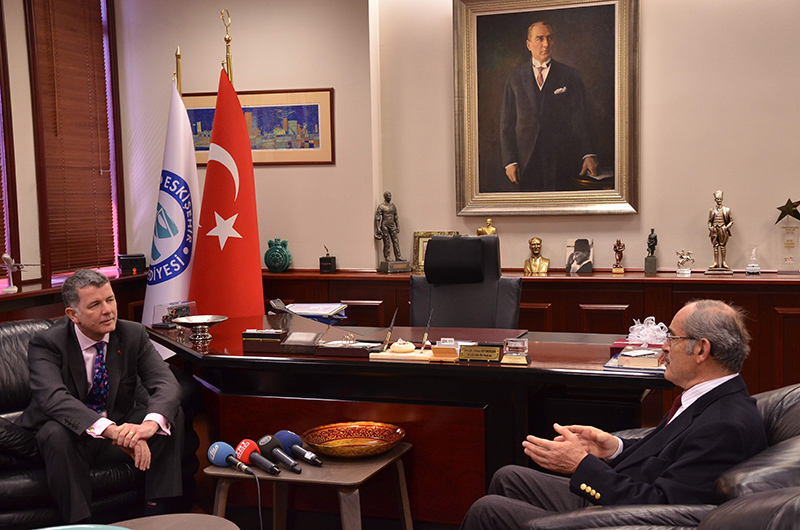 | Photo: IHA
by Anadolu Agency Mar 25, 2015 12:00 am
Apart from the three female British teenagers who went missing, there are many people who want to leave England to join ISIS in Syria, U.K.'s ambassador to Turkey said on Wednesday.

In remarks made during his official visit to northwestern Turkey's Eskişehir province, Richard Moore said that an estimated 600 people were believed to have left the U.K. already to join the terrorist group.

"Unfortunately, this phenomenon is quite common. Aside from the three girls, there are many people from England that want to join ISIS. There are people from Turkey as well. According to the latest data, maybe 1,000 or 1,500 people went there (out of which) around 600 people joined from us," Moore said.

The British envoy spoke about the difficulties in nabbing such suspects.

"Unfortunately, people from all over the world and Middle-eastern countries join ISIS. It is difficult. We cooperate closely with Turkish authorities, but this is hard. It is hard to identify children, people that want to join ISIS, but we work together determinedly. I hope that we will eliminate the threat of ISIS step-by-step," he added.

Shamima Begum, 15, Amira Abase, 15, and Kadiza Sultana, 16, left Bethnal Green Academy in East London in early February for Turkey and then reportedly crossed over into Syria to join ISIS.

The families of the girls arrived in Turkey recently with the hopes of getting some information about their daughters.