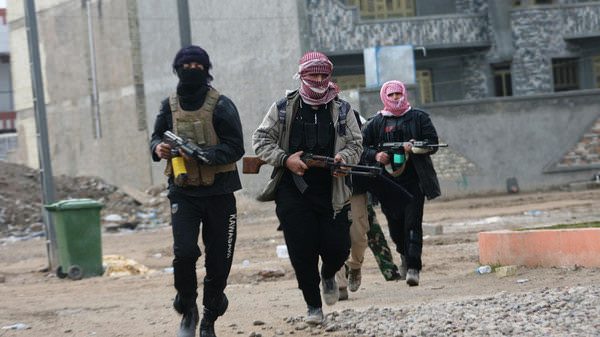 |AP Photo
by daily sabah Apr 07, 2015 12:00 am
Two more UK citizens from Dewsbury, named Hassan Munshi and Talha Asmal, both aged 17, have left the country to join the self-proclaimed Islamic State in Syria and al-Sham (ISIS), according to a report from the British Broadcasting Corporation (BBC) on Tuesday.

The families have said they are "state of profound shock" after two "ordinary Yorkshire lads" are believed to have travelled to Syria, according to BBC. The families last saw the boys before they boarded a Thomas Cook Airlines to Turkey.

Hassan's brother Hammaad Munshi was arrested at the age of 16 in 2006. He was the youngest person to be convicted under UK's Terrorism Act.

Assistant Chief Constable Mark Milsom has said police were 'extremely concerned' and that their 'priority is for the boys to return home safe', the report added.


Turkey has been taking extra security measures in its borders with Syria and Iraq, as thousands of foreign fighters, mainly from European countries, attempt to join the terrorist organization, ISIS, through its borders. Turkey have arrested and deported over a thousand foreigners before they joined ISIS. Turkey shares an 800 kilometer-long border with Syria.