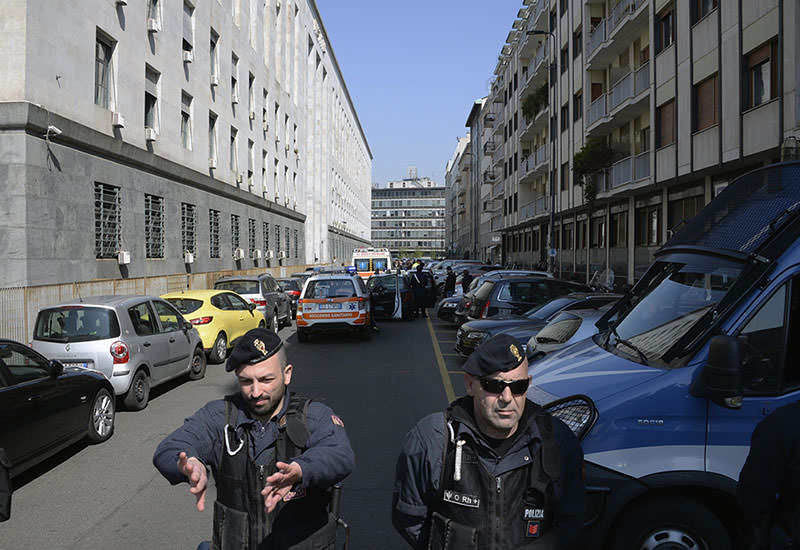 AP Photo
by Anadolu Agency Apr 09, 2015 12:00 am
Four people were killed, including a judge, at a Milan courthouse on Thursday, Italian media reported.

The incident occurred on the third floor of the Palace of Justice where a bankruptcy judge was shot dead inside his office, said Giovanni Canzio, president of Milan's Court of Appeal.

The courthouse was evacuated after the incident, according to the Italian ANSA news agency.

The suspect, Claudio Giardiello, 57, is reportedly an Italian national who was facing bankruptcy charges.

"He was arrested in the town of Virmercata (about 25 kilometers from Milan) and is now being held in a police station," Italian Interior Minister Angelino Alfano said on Twitter.

Justice Minister Andrei Orlando said that "it is unbelievable that an armed person entered the Palace of Justice."

One of the four victims died after suffering a heart attack as a result of fear. He was not shot by the gunman.

An eyewitness said a motion detector at the entrance of the building was broken Thursday, which may be how the suspect was able to sneak into courthouse.

The case remains under investigation.