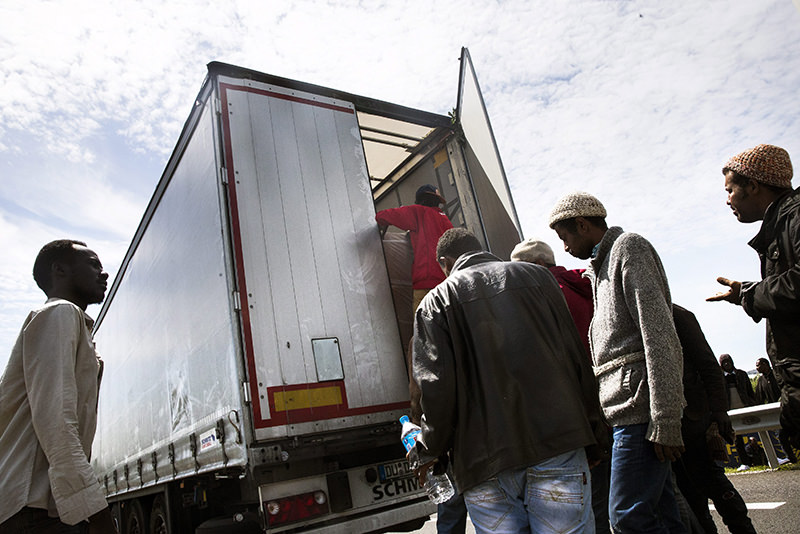 Migrants climb in a truck in order to reach Britain through the Channel Tunnel in Calais, France. The blockade of the port provoked a huge traffic jam of trucks, a golden opportunity for migrants to jump in and try to reach Britain. (EPA Photo)
by Jun 25, 2015 12:00 am
The British government said on Thursday it had called a meeting of its emergency response committee Cobra to discuss the migrant crisis in the French port of Calais and draw up contingency plans if further strike action exacerbates the situation.

Television footage earlier this week showed crowds of migrants trying to stow away on queuing lorries after disruption by striking French ferry workers halted traffic through the Channel Tunnel linking Britain and France.

"The transport secretary will chair a meeting of Cobra this afternoon to ensure we are working with the French and have the right plans in place if there are further wild cat strikes in Calais," a spokeswoman for Prime Minister David Cameron said on Thursday.

Cameron on Wednesday said the British government was looking at reinforcing its border controls with France at Calais after what he said were "unacceptable" scenes.