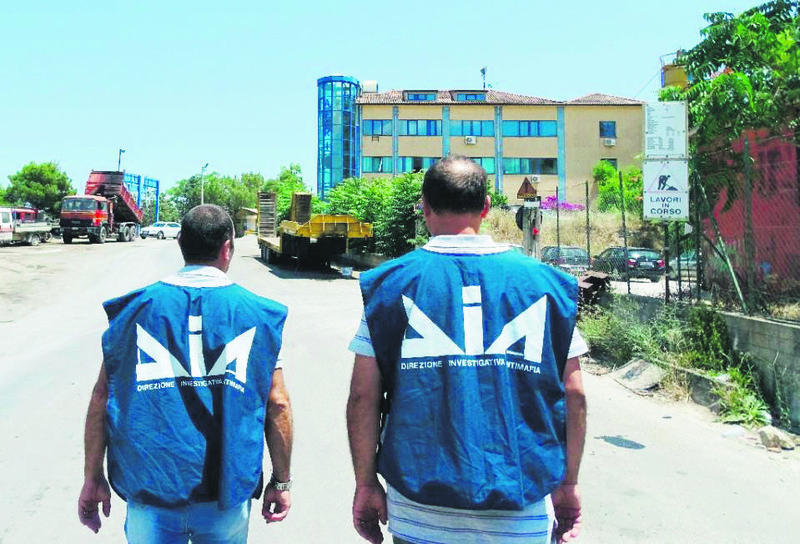 by Jul 10, 2015 12:00 am
Italy's battle against the mafia has provoked an unusual problem for the government, the headache of managing a staggering portfolio of assets and cash seized from mobsters. Officials control by some estimates about 3,000 companies, 12,000 properties and two billion euros in bank deposits and other assets from organized crime outfits, leaving the government with hundreds of extra employees and properties not seen very favorably by banks. "In Italy it is more difficult to manage the property seized from the mafia than it is to confiscate it," Michelangelo Patane, a prosecutor in Sicily, said. Authorities announced a new seizure Wednesday of 1.6 billion euros ($1.75 billion) in alleged mafia property, that included dozens of businesses as well as some 700 houses, villas and buildings. Seized mafia assets are such an issue in Italy the government created in 2010 a national agency, the ANSBC, to manage the mountain of property in hopes of better handling it. "We have real estate holdings, companies and other seized mafia assets that have grown more than expected," ANSBC head Umberto Postiglione told AFP.

One of the properties it manages is a sprawling and spectacular beach resort in the Sicilian town of Catania. Its gardens are local historic landmarks and the resort holds some 300 beach huts for tourists, but banks are left nervous by its past as a mafia-owned property. "The banks slow us down, they don't trust confiscated businesses and if we ask for a loan they refuse to give us one," said Salvatore Piggioli, who works for the company that runs the site. It is no surprise the government is drowning in mafia assets because it possesses considerable powers to seize them. Italian law allows authorities to carry out preventative seizures when mafia involvement is suspected, said accountant Giuseppe Giuffrida, an expert in managing seized mafia assets. He said an official fund for seized assets like bank deposits and stocks currently holds some two billion euros. Determination of whether the assets are ill-gotten gains can come swiftly. Authorities simply look to see if the values of the property match up with the owner's publicly declared income. The assets can also be held while their owner is on trial and are returned in the case of a not guilty verdict. "I have managed assets temporarily (under government control) as well as those that have been seized," said Giuffrida. "I have never had any problems with the heads of mafia businesses because they know it is useless. I have been named by a court and I do my best for the company in question."

The seizure figures are impressive. Over the past six years authorities have seized 1,286 hectares (3,178 acres) of land, which is about a tenth of the size of Catania, prosecutors said. Over the same period the number of employees in the seized companies has hit 684, making the collection of properties that fourth largest private employer in Sicily. But taking away assets from the Cosa Nostra in Sicily, the Camorra in Naples and the 'Ndrangheta in Calabria is not without risks. Two workers from ANSBC who went to seize a house owned by a local mafioso in Naples got a nasty surprise when they tried to open the home's door. "When they inserted the key handed over by the former owner they were thrown into a wall by a shock of 380 volts," agency head Postiglione said. "Luckily they weren't trying to kill us," he added.

Once seized, properties can be sold or leased at no cost to towns and associations for new, more honorable uses. One example is the villa that once belonged to Naples crime boss Egidio Coppola and was turned into a museum. It is also not unusual to spot a flashy Porsche bearing the Red Cross logo at events like the marathon in Rome which also has a label saying "Vehicle confiscated from the Mob." ANSBC has in its time sold off 33 supermarkets and a shopping centre, while handing over to firefighters 33 trucks that have come under its control. When it comes to business, "they are liquidated if they are insolvent if they are (financially) healthy we try to run them normally with the final goal being to sell them off," Giuffrida said.
Last Update: Jul 10, 2015 8:41 pm
RELATED TOPICS