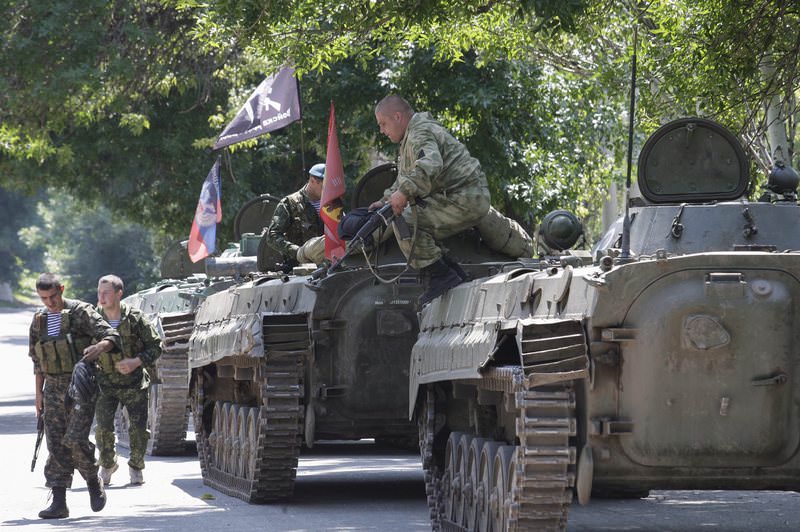 by Aug 19, 2015 12:00 am
NATO warned Russia on Wednesday that any attempt to take more of Ukraine's territory would be unacceptable and stressed that the country has a "special responsibility" to help restore peace as fighting escalates.

The 28-nation, U.S.-led alliance also called on all parties in eastern Ukraine to "de-escalate tensions and exercise restraint," according to a spokesperson for the military alliance, while expressing "serious concern" at a recent surge in violence.

Skirmishes between government forces and pro-Russian separatist rebels in recent days around the eastern port city of Mariupol have led to several deaths, local media have reported.

"Russia has a special responsibility to find a political solution," NATO's acting spokesperson said in a statement, following talks among the 28 alliance members.

"Any attempt by the Russian-backed separatists to take over more of Ukraine's territory would be unacceptable to the international community," the statement added.

NATO also called on all sides to ensure that monitors from the Organization for Security and Co-operation in Europe (OSCE) can do their job "safely and without restrictions."

In a report published overnight Wednesday by the German newspaper Die Zeit, the OSCE complained about obstruction from both sides in their work as observers in eastern Ukraine.

NATO has provided Kiev with financial support and expertise in areas such as demining, military training and reforms, and has been a vocal critic of perceived Russian aggression in eastern Ukraine.

"The focus must be on pursuing a solution through diplomatic means," Wednesday's statement said. "The full implementation of the Minsk agreements is the path to peace," it added, referring to a ceasefire deal signed in February.