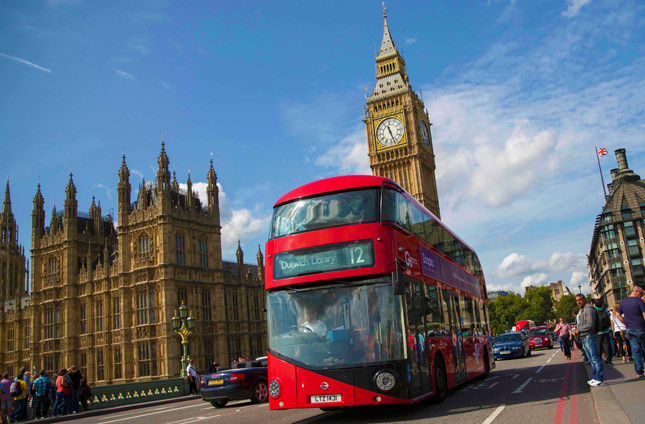 A Turkish man has been targeted in a new Islamophobic attack on a London bus in a second such video posted on the Internet in a week.

The three-minute-long video appeared Sunday on the 5Pillars website where news and analyses related to Muslims in the U.K. are posted. It showed a black man verbally assaulting a Turkish man on a public bus.

"Nobody understands you! Go back to Turkey and talk that s? That's why you are here! F? free benefits on a walker," the man appears to say, verbally attacking the Turkish man who is understood to have a walking aid with him.

"Good Muslim, innit? F? you!" the man shouted in the bus.

"A reason to vote for the [right-wing] UKIP. Close the borders," the man is also heard shouting.

The video further shows the man throwing the walker -- seemingly belonging to the attacked man -- out of the bus before leaving the bus with a buggy.

The attack is understood to have taken place in Tottenham, a North London district where migrants from Turkey live.

An earlier video that appeared online last week showed two Muslim women, one of whom was pregnant, being assaulted in an Islamophobic attack by another woman on a bus.

"A woman has been arrested in connection with the investigation of video footage showing a racist incident taking place on a route 206 bus on Tuesday, 13 October," said a police statement Saturday.

The woman has since been charged with a racially or religiously aggravated public order offense.
Last Update: Oct 20, 2015 2:20 pm