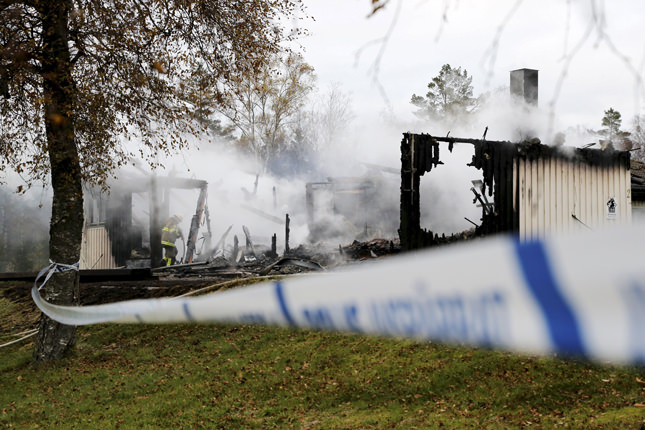 by Anadolu Agency
Oct 20, 2015 12:00 am
An asylum home in western Sweden came under arson attack Monday night in the fourth such outbreak of violence targeting refugee centers in just over a week, Swedish dailies reported Tuesday.

Mikael Ribbenvik, operational chief at the immigration office, told Swedish daily Dagens Nyheter Tuesday that while the previous three arson cases targeted buildings, the latest attack, in which no one got injured, was directed at refugees housed inside the asylum home.

"The attack in the night targeted people, we see this as incredibly serious," Ribbenvik said.

The asylum center was attacked in the western municipality of Munkedal, which consists of four buildings and 55 beds.

Last week, the previous three arson attacks targeted an old school building in Onsala located south of Gothenburg, a school in Smaland, and a building in Arlov; all buildings were supposed to house refugees.

Sweden's far-right and anti-immigrant group, Sweden Democrats, which has a history of fascist movements, has become the most popular party in the country, according to YouGov poll released on Aug. 20.