Russia's military to permanently station in the Arctic by 2018 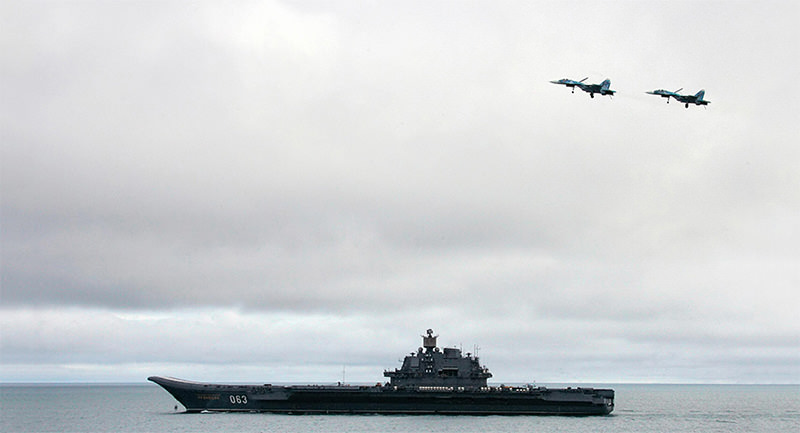 Russian aircraft-carrier during military exercises of the North Fleet in August 2005 in the Barents Sea (AFP Photo)
by Associated Press Oct 22, 2015 12:00 am
Russia's defense minister says a military unit will be permanently stationed in the Arctic by 2018.

The Kremlin announced its intentions to bring its military to the Arctic in 2008 but has yet to station troops there.

Sergei Shoigu told Russian news agencies on Thursday that the "creation and arming" of the Arctic military unit should be completed by 2018. Shoigu also said Russia is building several new bases in the Arctic as well as rebuilding six Soviet-era air bases there.

Russian officials have previously stated that the air base facilities are essential for protecting shipping routes that link Europe with the Pacific region across the Arctic Ocean.
Last Update: Oct 22, 2015 2:20 pm
RELATED TOPICS