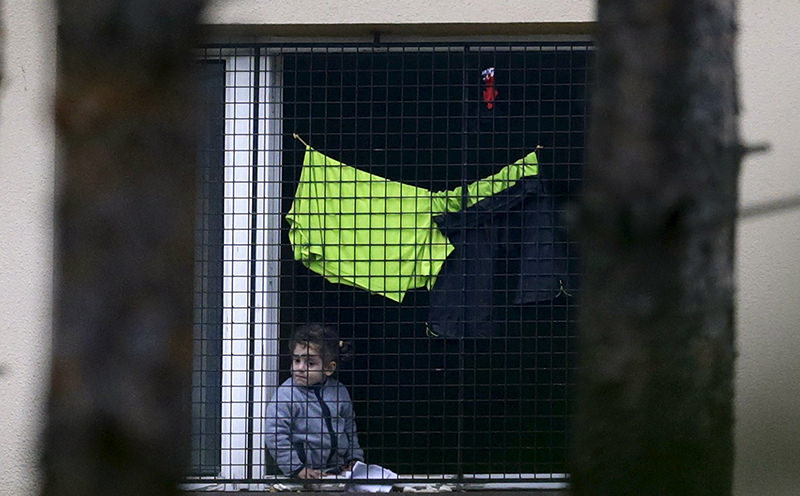 A migrant child looks out of a window in the Facility For Detention Of Foreigners in Bela-Jezova, Czech Republic (Reuters Photo)
by Compiled from Wire Services Oct 22, 2015 12:00 am
The Czech Republic is committing systematic human rights violations by detaining refugees for up to 90 days and strip-searching them for money to pay for their own detention, the U.N. human rights chief Zeid Ra'ad al-Hussein said on Thursday.

He also said he was alarmed by a xenophobic public discourse, including Islamophobic statements by Czech President Milos Zeman, and concerned about the conditions in detention facilities. Children were also detained, which was unjustifiable, he said.

"According to credible reports from various sources, the violations of the human rights of migrants are neither isolated nor coincidental, but systematic: they appear to be an integral part of a policy by the Czech Government designed to deter migrants and refugees from entering the country or staying there," UN High Commissioner for Human Rights Zeid Ra'ad Al Hussein said in the statement.

"He (the President) stands by his opinion and he will not change it under pressure from abroad," Zeman's spokesman said.