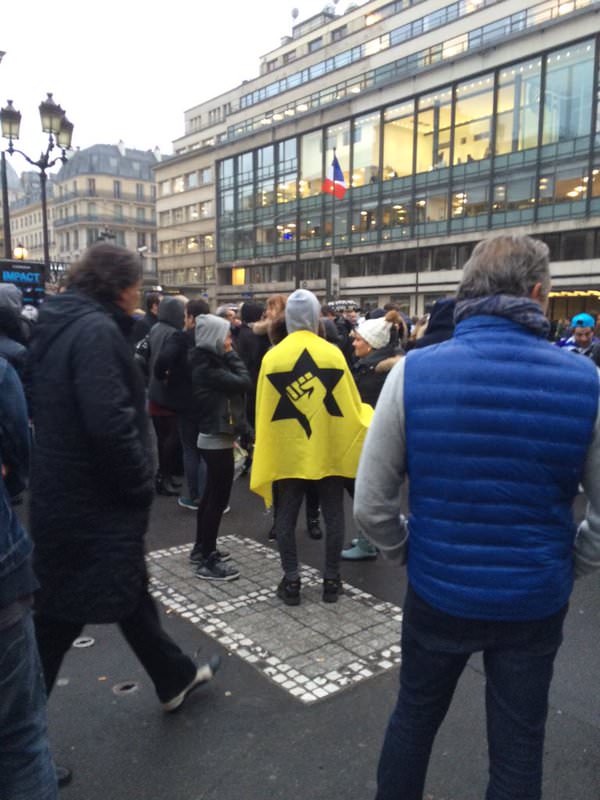 by Daily Sabah with Agencies Oct 23, 2015 12:00 am
David Perrotin, a French journalist working for BuzzFeed news website was attacked by far-right Jewish extremists while a group tried to storm the offices of the French Press Agency (AFP) in Paris, France on Thursday evening.

British daily The Guardian stated that Perrotin made it to police lines after being surrounded by a dozen of men with masks and batons. "The journalist has frequently exposed the work of the French branch of the Jewish Defence League (Ligue de Défense Juive - LDJ), which is banned in both Israel and the U.S." the article said.

Two LDJ members were found guilty of placing a bomb under the car of an anti-Zionist journalist in June 2014, and there have been calls to ban LDJ in France, which was involved in attacks on pro-Palestine politicians and media figures along with bookshops, exhibitions and fundraising events, the article noted.