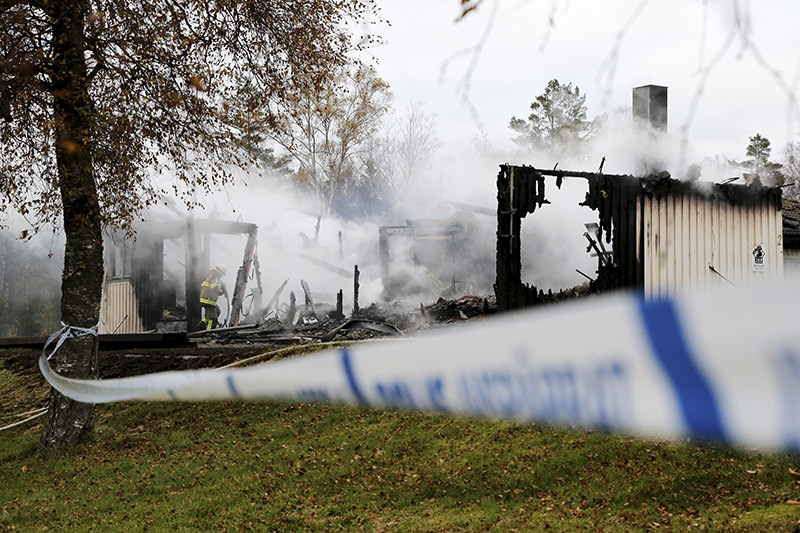 | AP Photo
by reuters Oct 24, 2015 12:00 am
Swedish police suspect a fire at a summer camp earmarked to house asylum seekers was an act of arson, a spokesman said on Saturday, after several asylum centres were torched in recent weeks as record numbers of asylum seekers arrive in Sweden.

Sweden remains in shock after a sword-wielding 21-year-old man killed a teaching assistant and a pupil and wounded two others on Thursday. Police said he chose his victims by the colour of their skin.

More than 100,000 asylum seekers have arrived in Sweden so far this year and 190,000 are expected for 2015 as a whole. While many Swedes have welcomed the refugees, there has been growing concern the country cannot cope.

There was no natural reason for the blaze to break out at the summer camp west of Stockholm, police spokesman Johan Levin said.

"We have launched a preliminary investigation into possible arson," Levin said. There were no casualties.

Levin said local authorities had planned to use the camp to house asylum seekers.

The Social Democrat-led minority coalition inked a deal with the opposition that will tighten asylum rules and Sweden may also apply to the EU to have some asylum seekers re-distributed to other countries.

Last week, the government said it would have to revamp its spending plans and borrow billions more to cope with the influx.