Islamophobic French mayor declares war on kebabs, says he will not allow more kebab restaurants to be opened 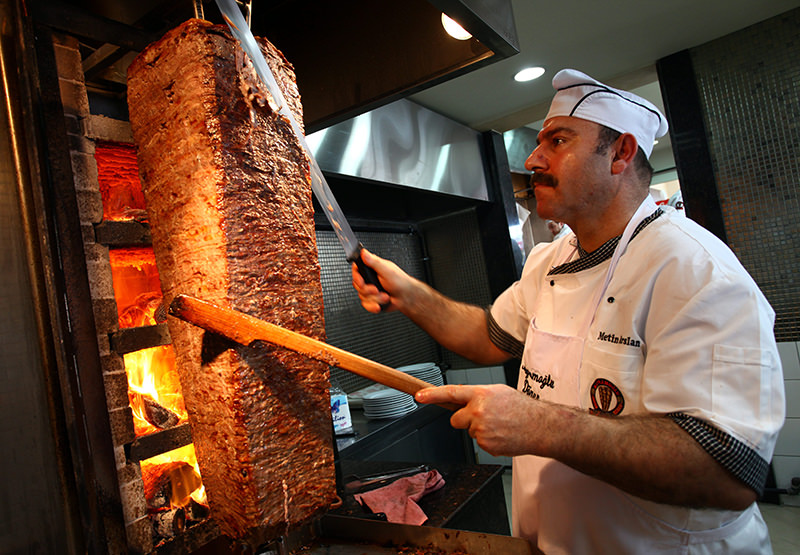 by Nurbanu Kızıl Nov 02, 2015 12:00 am
A French mayor has declared 'war' on a popular Middle Eastern kebab and said that he will not permit new kebab restaurants to be opened within the borders of his town.

After receiving criticism on social media Menard said, "I will not let Beziers become a kebab capital" and added that kebabs are not a part of the French culture.

According to statistics, two thirds of the restaurants in Bezier serve French food, while restaurants and cafes which serve kebabs only amount to 5 percent of the overall total in the region.

Back in September, Menard visited a social housing complex for refugees and told them "You're not welcome here."

Confronting Syrian refugees with police officers and a translator, Menard said that they should not be occupying the apartments as he claimed they 'steal water and electricity.'

In May, Menard was accused of violating freedom of the press when he insulted and kicked out two French journalists appointed by le Club de la presse du Languedoc-Roussillon, a regional press club, to meet him in order to ease the tension between him and the local media.

Earlier in May, the mayor violated the law by keeping files on the number of Muslim students in his town. Speaking on a live TV broadcast, he claimed he had statistical information on the religious affiliations of students enrolled in schools in his town, claiming that 64.6 percent of them were Muslim. The illegal act of filing information on students came under fire from French political leaders; as such actions are prohibited by a 1978 law.

Menard is not the first French politician to criticize the rise of popular Middle Eastern delicacy in France. His party National Front has also slammed kebab restaurants and blamed them for damaging authentic French culture. They claimed that France was undergoing 'kebabization' during their campaign in the March 2014 local elections, while at another time they claimed that the rise of kebab shops was turning Loire valley town into an Oriental city.