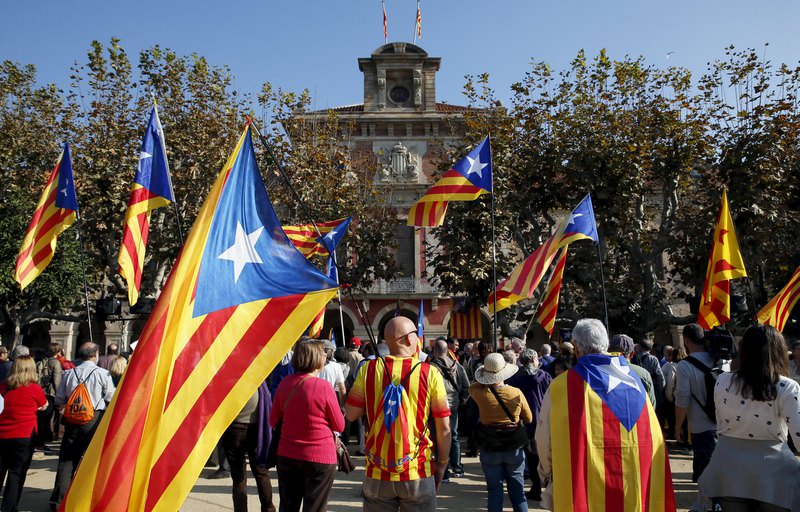 by Associated Press
Nov 11, 2015 12:00 am
Spain's Constitutional Court on Wednesday halted a push by separatist regional Catalan lawmakers to set a road map toward independence by 2017, acting just hours after Prime Minister Mariano Rajoy mounted a legal challenge to the secession bid and accused separatists of plotting to destroy centuries of Spanish unity.

The court's unanimous acceptance to review the Spanish government's legal case suspended a resolution passed Monday by the Catalonia parliament in Barcelona authorizing it to begin work on a Catalan constitution and to establish tax-collecting and security systems.

In a statement, the court warned Catalan politicians that they could face criminal charges if they defy its ruling.

Just after his administration's legal officials filed the case, Rajoy blasted the Catalan independence resolution as an attack on Spain's sovereignty and democracy.

"We're talking about the defense of an entire country," he told reporters in an address and news conference carried live on Spanish television. "They are trying to liquidate the unity of a nation with more than five centuries of history."

The Catalonia parliament resolution also exempted the regional administration from being forced to heed Spanish institutions, including the Constitutional Court, setting up a legal collision course between separatists and Spain's government if the separatists attempt to take more steps toward independence.

Public officials who refuse to comply with the court order would likely face charges of disobedience, punishable by removal from office for up to two years and heavy fines, said Elena Inigo, a professor of criminal law at the University of Navarra's law school.

Monday's resolution in Catalonia was passed by the pro-independence "Together for Yes" alliance and the far-left CUP group, which between them won 72 seats in the 135-deputy regional parliament in September elections.

The two are in talks to form a new government that would independence process forward but disagree on who should be the leader of the Catalan parliament.

Polls show that most Catalans support a referendum on independence, but are divided over independence.