Three days of mourning declared in France after Paris attacks 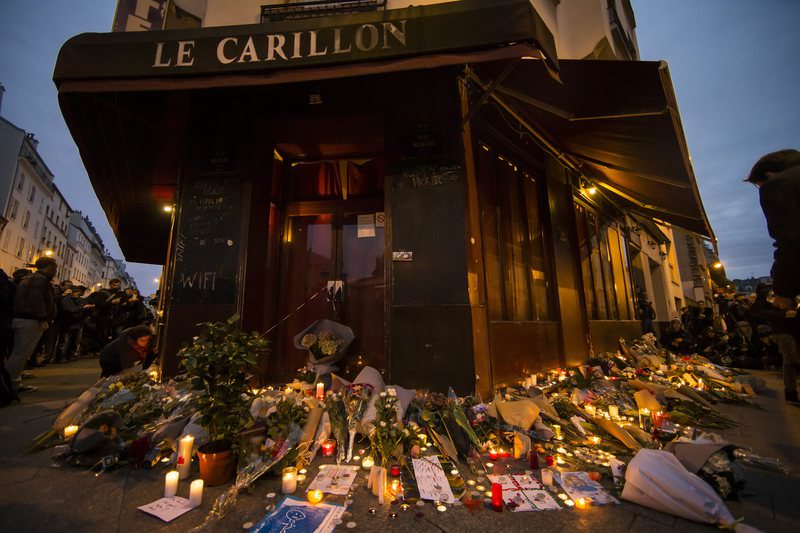 by Compiled from Wire Services
Nov 14, 2015 12:00 am
French President Francois Hollande declared three days of national mourning as he called the attacks "an act of war... committed by a terrorist army, the ISIS, against France, against... what we are, a free country".

At least 128 people were killed and scores injured, 80 critically, in attacks on Friday night on six sites across the French capital, ranging from a concert venue to a sports stadium.

He said he would address parliament on Monday in an extraordinary meeting and the country would observe three days of official mourning.

In addition to rallying the nation after the shocking terror attack on Paris, French President Francois Hollande has been on the phone talking about fighting terror with other world leaders, including the Turkish president Recep Tayyip Erdoğan, who is hosting the G-20 summit on Sunday.

Those include the Turkish president Recep Tayyip Erdoğan, who is hosting the G-20 summit on Sunday. President Erdoğan assured the French president that the Paris attacks that killed 127 people Friday night will be a "top priority" on the G-20 agenda.