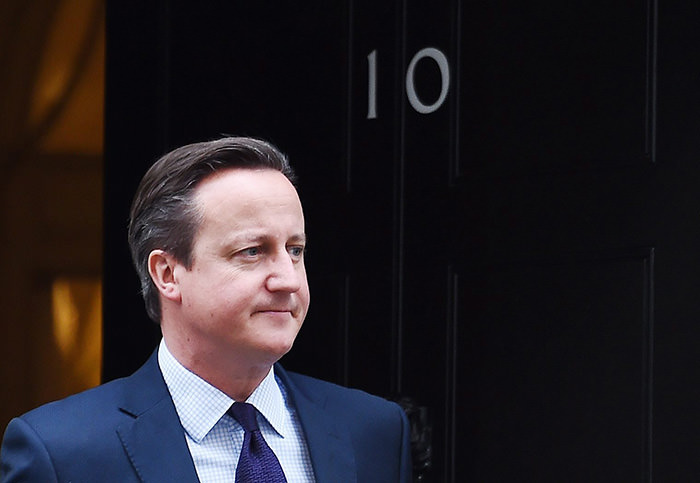 Britain's Prime Minister David Cameron (Reuters Photo)
by Daily Sabah with AFP Dec 02, 2015 12:00 am
United Kingdom Prime Minister David Cameron said Britain should "answer the call" from its allies and take part in air strikes on the Daesh group in Syria, as he spoke to MPs ahead of a vote on Wednesday, during which he used the term 'Daesh' referring to the terrorist group.

"We should answer the call from our allies. The action we propose is legal, it is necessary and it is the right thing to do to keep our country safe," he said.

Cameron was repeatedly asked to apologize by opposition MPs for comments he reportedly made to fellow Conservative MPs on Tuesday, urging them not to vote with "a bunch of terrorism sympathizers".

He refused to do so, saying only: "I respect people who come to a different view from the government."

"I am not pretending that the answers are simple, the situation in Syria is incredibly complex," he told parliament, adding that military action was only "one part of the answer" in resolving the crisis.

But he stressed the terror threat from the group [ISIS or Daesh], which he referred to as "Daesh", another term for the group.

"The question is this: do we work with our allies to degrade and destroy this threat and do we go after these terrorists in their heartlands?" he said.

"Or do we sit back and wait for them to attack us?"

Cameron also referred to the attacks in Paris in which 130 people were killed last month saying it showed "the extent of terror planning from Daesh".

"This was, if you like, the head of the snake in Raqa in action," he added.

He also argued that Britain could "make a real difference" in the conflict because of its precision targeting, particularly with Brimstone missiles.
Last Update: Dec 02, 2015 2:40 pm
RELATED TOPICS