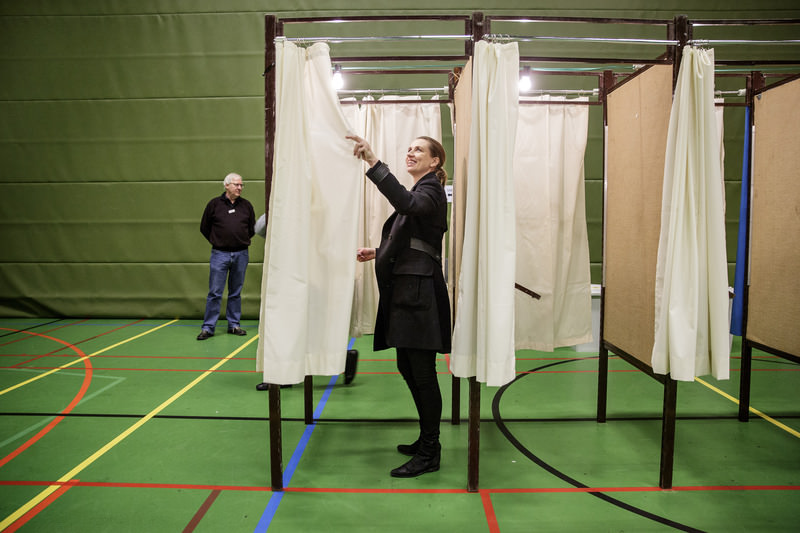 by Dec 03, 2015 12:00 am
Voters in eurosceptic EU member Denmark on Thursday rejected in a referendum a government proposal to beef up their participation in the bloc's justice cooperation, exit polls showed.

The 'No' side garnered 53.3 percent of the vote in an exit poll by public broadcaster DR, and 52.8 percent according to a poll by broadcaster TV2.
The exit polls came after polling stations closed at 1900 GMT, ending a campaign dominated by the issues of immigration and cross-border crime.

Denmark does not fully participate in the EU's justice and home affairs policies after Danish voters -- wary of the "ever closer union" -- rejected the Maastricht Treaty in 1992.

Copenhagen was then granted opt-outs on several EU policy areas, including justice, and Danes said 'Yes' to Maastricht in 1993.

A 'No' vote in Thursday's referendum means Denmark will have to negotiate a special agreement if it is to stay inside the EU's law enforcement agency Europol, which tackles organised crime, trafficking and terrorism.

The 'No' side was led by the anti-EU, anti-immigration Danish People's Party (DPP) which believes dropping the justice opt-out gives too much power to Brussels.

The 'Yes' camp had focused on the need for international coordination in the fight against jihadism following last month's gun and suicide bombing attacks in Paris that left 130 dead.
Last Update: Dec 03, 2015 11:18 pm
RELATED TOPICS