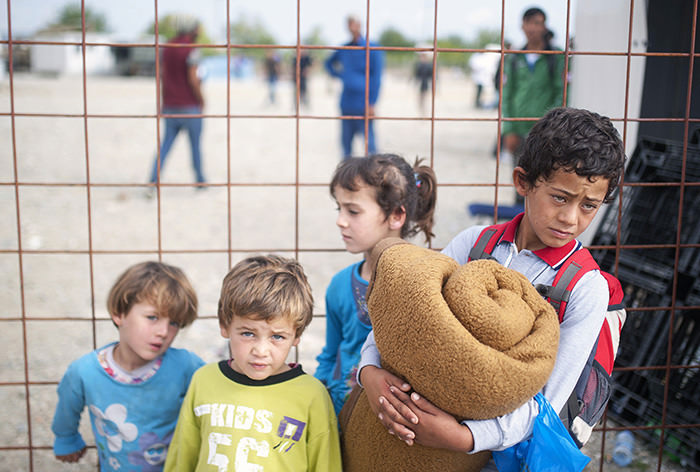 |AFP Photo
by Dec 03, 2015 12:00 am
Hungary said on Thursday it had filed a legal challenge to the European Union's plan to distribute 160,000 asylum-seekers among member states under a quota system.

The announcement came a day after fellow bloc member Slovakia filed its own lawsuit against the mandatory quotas, at the European Court of Justice in Luxembourg.

Under the E.U. quota system, both Budapest and Bratislava are expected to take in around 2,300 migrants each.

In September, Hungary voted against the scheme together with the Czech Republic, Slovakia and Romania at an E.U. meeting, revealing a deep split between western and eastern bloc members.

"It is not enough to protest, action must be taken," Hungarian Prime Minister Viktor Orban said on Thursday shortly before the challenge was filed.

The right-wing leader has long taken a hard line against the migrants, saying that the influx of so many Muslims posed a security threat and threatened the continent's Christian identity.

"As long as this government is breathing, there won't be any quota, or any (failed asylum seekers) taken back," he said last month.

Nearly 860,000 migrants have landed in Europe so far this year, with many fleeing violence in Syria, Iraq and Afghanistan.

Hungary was a key transit country for people trekking along the western Balkan route to reach northern Europe, until it sealed its southern borders with razor-wire fence in October.

Thursday's legal challenge coincided with the launch of a vitriolic media campaign against the quota scheme.

Government-sponsored messages appeared in national newspapers with the headline: "The quota increases the terror threat!" against a black background.

Other statements read: "An illegal immigrant arrives in Europe on average every 12 seconds"; "We don't know who they are, or what their intentions are"; and "We don't know how many hidden terrorists are among them".

As part of the nationwide offensive, the government said it would also put up billboards bearing the slogan "Let's defend the country" in the coming days.
Last Update: Dec 03, 2015 9:48 pm
RELATED TOPICS