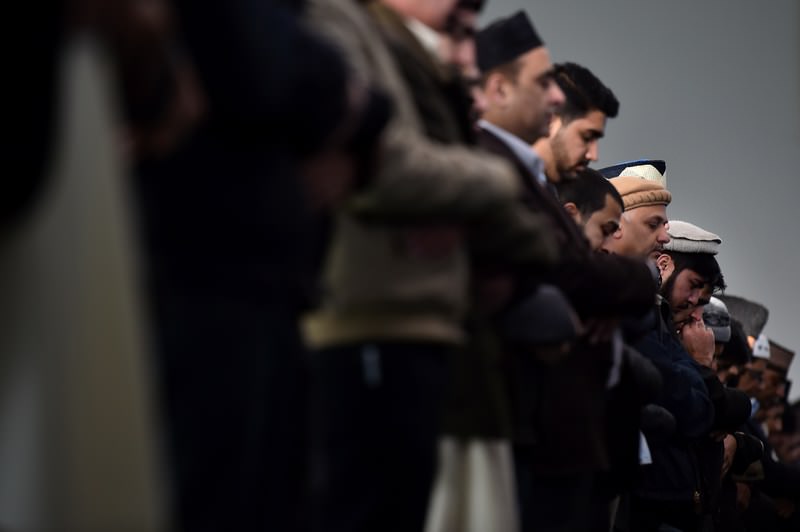 by Anadolu Agency Dec 04, 2015 12:00 am
Reports of hate crimes against Muslims in London have tripled in the weeks following the Nov. 13 Paris attacks, according to police figures.

There were 24 reports of Islamophobic incidents in London the week to Nov. 10, but this number increased to 46 over the following week, including the day when armed men killed more than a hundred people at multiple locations across Paris.

The figures from the London Metropolitan Police revealed a further increase in the week following the attacks, with 76 hate crimes against Muslims recorded.

"It is with regret, but something that we have come to realize, through experience, that hate crime can increase during these difficult times," a spokesman for the force told the Daily Mail.

"We know Muslim communities in London are feeling anxious and we are providing extra patrols and are speaking regularly with local mosques and community leaders to reassure and address concerns, while closely monitoring the situation," he said.

He added: "We will not tolerate hate crime and no one should suffer in silence. We urge people to report hate crime to us as soon as possible so we can act.

"We have more than 900 specialist officers across London working in our Community Safety Units who are dedicated to investigating hate crime."

A U.K. government report in October found that British Muslims were the religious group most likely to be a victim of hate crime in the country, quoting figures that showed religiously motivated hate crimes in England and Wales had soared by nearly a half in the twelve months to March 2015.

It prompted U.K. Prime Minister David Cameron to announce hate crimes targeting Muslims would be recorded separately by police, in the same way as anti-Semitic offenses.

"I want British Muslims to know we will back them to stand against those who spread hate and to counter the narrative which says Muslims do not feel British. And I want police to take more action against those who persecute others simply because of their religion," Cameron said at the time.
Last Update: Dec 04, 2015 9:25 pm
RELATED TOPICS