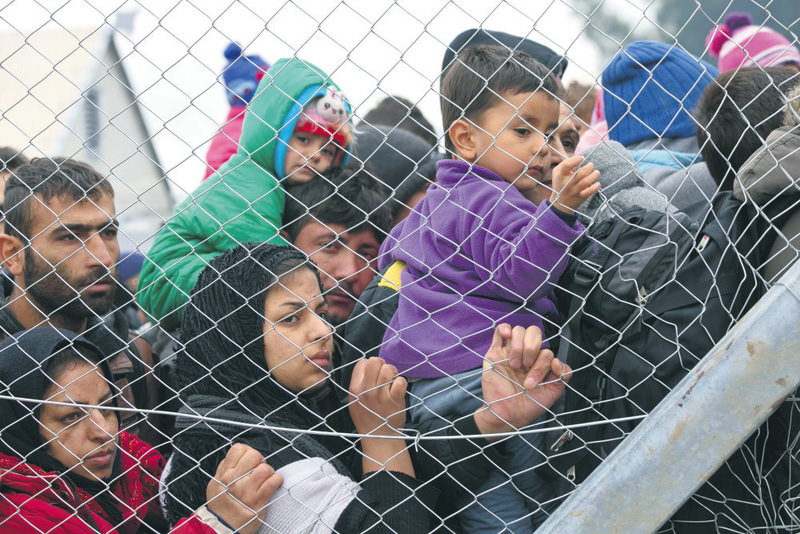 Following the Paris attacks and the unprecedented refugee influx, EU interior ministers are now considering whether to extend border controls, a move that threatens the sustainability of the passport-free Schengen zone

EU ministers on Friday mulled over whether to extend border checks within the passport-free Schengen zone for up to two years and pushed for the sharing of air passenger names and information following the Paris attacks.

Schengen has come under scrutiny after the massacre in the French capital involving extremists able to travel freely and pressure from nearly 900,000 refugees and migrants arriving in Europe this year. Led by France, interior ministers from the 28-nation European Union pressed for the adoption by the European Parliament by the end of this year of a U.S.-backed data-sharing system for air travelers.

European lawmakers, who have the final say on whether the scheme is adopted, are showing increasing support for the idea after years of blocking it over reservations about personal privacy. "It's very important that we have the Passenger Name Records (PNR). Terrorists use intra-European flights and we have to trace their movements in order to be able to prevent terrorist risks," French Interior Minister Bernard Cazeneuve said.

Differences remain between EU states and the European Parliament over whether the data should be used on flights within the 28-country bloc and over how long officials can store information that has not been "masked" to hide the passenger's identity. France wants to keep unmasked data for at least a year, while parliament, in its latest official position, has refused to go beyond six months.

Meanwhile the interior ministers were also expected to discuss whether to extend for up to two years border checks within the passport-free Schengen zone to help many of them cope with record migrant inflows.

The worst migrant crisis since World War II has raised fears that the Schengen zone, a pillar of the European project alongside the euro currency, has come under pressure from the flow of migrants and refugees. Countries like Germany, Austria and Sweden in the last few months have all reintroduced temporary border controls as they were overwhelmed by the flow of asylum seekers, most of whom entered the EU through Greece. So have other countries through which people have been passing to reach Germany.

EU Home Affairs Commissioner Dimitris Avramopoulos told reporters it was time for the ministers to deliver solutions on security and migration. "Let me tell you we are running out of time. Time is not our ally anymore," he said.

Both the migrant crisis and the Paris attacks have highlighted the thorny political problems beneath the EU's dream of unity. The United States has for years been pushing the European Union to adopt a PNR system, and President Barack Obama called anew on the EU to implement it in the wake of the Nov. 13 attacks that left 130 people dead in Paris. The two agreed on the exchange of data in 2010, which the European Commission, the EU's executive arm, said offered full data protection, but many MEPs were suspicious and repeatedly held up approval.

In July, the European Parliament's Civil Liberties Commission narrowly approved plans for the system and parliament started talks with member states to try and get a final accord by the end of this year. EU ministers said it was time for an agreement, with Britain's interior minister Theresa May saying: "We have been waiting too long for a deal on passenger name records. We need a deal now."

Luxembourg's internal security minister Etienne Schneider, whose country holds the EU's rotating presidency, said: "After what happened in Paris twice this year, we need this PNR, and we need to give us all the possible measures to fight against terrorism." He was referring also to January´s Charlie Hebdo attacks. The Schengen travel zone involves 30 nations, including some not in the European Union.

EU President Donald Tusk warned recently that the clock was ticking for Schengen, while European Commission President Jean-Claude Juncker warned that if Schengen failed then the euro would too.

The turmoil in the Middle East and the five-year war in Syria have led many people to flee the conflict in an attempt to seek security and shelter in more prosperous and peaceful countries. However, Europe has long been slammed for lacking a collaborative response to the crisis.
RELATED TOPICS