France to sell land near Daesh-controlled Palmyra city in Syria 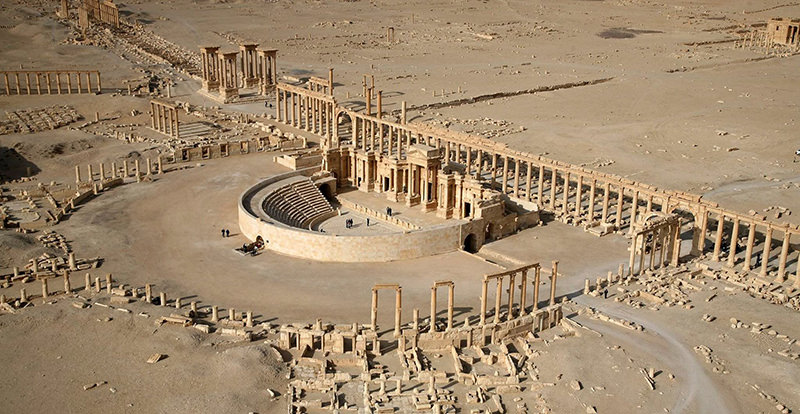 The land belonging to France is reportedly located near the ancient city of Palmyra in Syria (AFP Photo)
by Daily Sabah Dec 05, 2015 12:00 am
The French Ministry for the Economy and Finance has reportedly put a plot of land located near the Daesh-controlled Palmyra city in Syria, that belongs to France up for sale, 'in efforts to reduce the budget deficit.'

According to reports, the proposal to sell the land came up during a discussion for the financing of public expenditure under the scope of the 2016 budget.

The ministry is planning to sell 930 immovables belonging to state, which is expected to generate a 500 million euro income.

The French-owned land in Syria and buildings belonging to the French embassy in Malaysia have reportedly been put on sale for 220 million euros.

Daesh took control of the ancient city of Palmyra in May 2015. After the seizure, it carried out executions in the Palmyra ancient site and also demolished parts of the temple of Bel, the largest monumental complex in the ancient city.