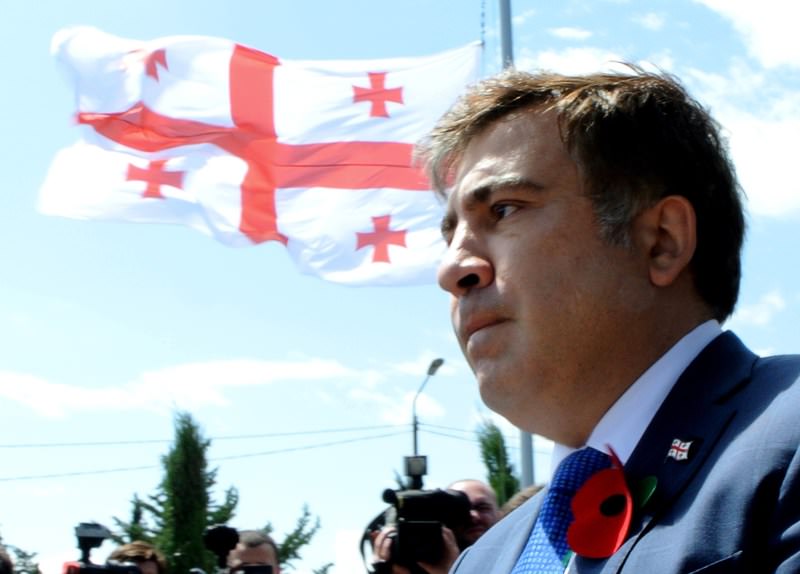 by Dec 05, 2015 12:00 am
Georgia on Friday stripped former president Mikheil Saakashvili of his citizenship, in a move one of his supporters described as part of a settling of political scores.

Georgian President Georgy Margvelashvili signed a decree removing his predecessor's citizenship on the grounds that Saakashvili, now governor of Ukraine's Odessa region, became a Ukrainian national in May.

Saakashvili came to power in a bloodless "Rose Revolution" in 2003 and steered Georgia on a pro-Western course that antagonised Moscow and culminated in a five-day war in 2008 in which Georgia was crushed by Russian forces.

He is wanted in Georgia on charges including abusing his power and using excessive force against protesters in 2007, but Ukrainian prosecutors rejected a request to extradite him earlier this year.

Friday's decree is "yet another example of employing legal instruments for political persecution," said Nugzar Tsiklauri, an opposition member of parliament.

Dozens of former state officials have been convicted in Georgia since a coalition led by billionaire Bidzina Ivanishvili won a parliamentary election in 2012, ending nine years of Saakashvili dominance. His term as president ended in 2013.

Western countries have aired concerns that the new government has used selective justice and political persecution against opponents in the mountainous ex-Soviet republic, which is a pivot of geopolitical rivalry between Russia and the West.

Georgia watched with alarm when Russia annexed Ukraine's Crimean peninsula last year. Some Georgian officials portrayed the conflict in eastern Ukraine, which flared up later, as an extension of the 2008 Russia-Georgia war.