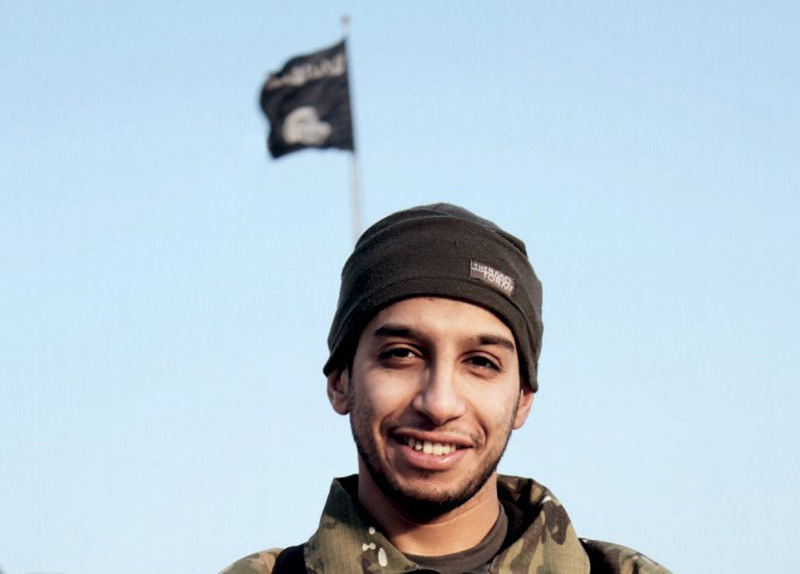 |Reuters Photo
by Daily Sabah with DPA Dec 05, 2015 12:00 am
The alleged ringleader of the terrorists who attacked Paris last month had links to several people in Britain, and at least one of the Paris terrorists had visited the country before the attacks, reports said in Saturday.

Security services have identified "several people [in Britain] suspected of having connections to Abdelhamid Abaaoud," who is believed to have led the November 13 attacks that killed 130 people in Paris, the Wall Street Journal reported.

Two unidentified Western officials were quoted as saying the British contacts of Abaaoud included people "of Moroccan heritage" and were based in the Birmingham area.

"At least one person connected to the attacks is believed to have traveled to the UK before the shootings," the newspaper said.

The Guardian also said "counter-terrorism officials have established" that one of the Paris terrorists visited London and Birmingham earlier this year.

"In both cities he met with people suspected of having the intention and capability of plotting or assisting terrorist activity against the UK," the Guardian said, without giving any source for its report.

On Nov. 13, France was hit by its worst terror attack since World War II. At least 130 people died, and more than 350 were wounded, with dozens still in critical condition. Europe grew increasingly alarmed after the attacks, adding extra security measures and re-instating border checks at the internal borders of the EU, which may also put Schengen at risk and make it harder for refugees who seek a safe haven after fleeing violence to reach European countries.
Last Update: Dec 05, 2015 2:15 pm
RELATED TOPICS