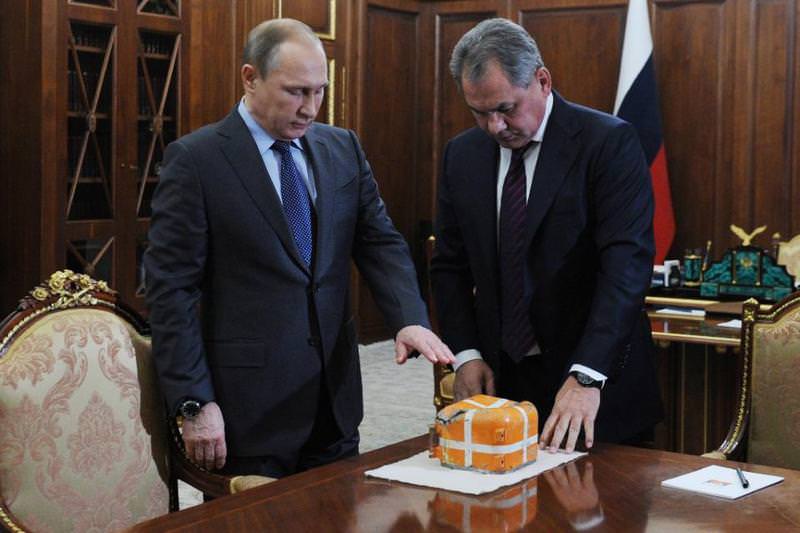 Russian President Putin (L) and Defence Minister Sergei Shoigu examine the flight recorder of downed jet on Dec 8, 2015. (AFP Photo)
by Dec 08, 2015 12:00 am
Moscow has recovered the black box of the Russian jet downed by Turkey last month and will analyse it with 'foreign specialists', President Vladimir Putin said.

"I ask you not to open it for the time being," Putin told defence minister Sergei Shoigu at a meeting during which he was presented with the black box, Russian news agencies reported.


"Open it only together with foreign experts, carefully determine everything," said Putin.

Moscow and Ankara have been locked in their worst crisis since the Cold War over the November 24 downing of a Russian jet on Turkey's border with Syria, sparking fury and economic sanctions from the Kremlin.

Putin said an analysis of the black box would help determine the downed jet's flight path and position, which Ankara and Moscow have disagreed upon.

"Whatever we learn (from the black box) won't change our attitude to what the Turkish authorities did," the Russian strongman said.

The Russian SU-24 warplane was shot down on Nov. 24 while in Turkish airspace after repeatedly ignoring warnings that it was breaching the territory.

Russia began airstrikes in Syria on Sept. 30 to prop up the regime of Syrian Bashar al-Assad in a civil war that has killed more than 250,000 victims.

Russian jets previously violated Turkish airspace twice in October. The incidents occurred within a few days of the start of Russia's air campaign.

Both violations led to international condemnation.