UK's The Sun apologizes for fake story regarding border control 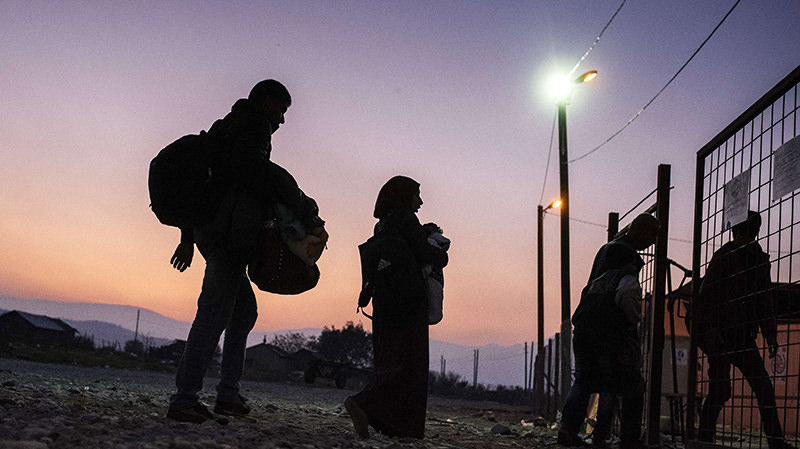 refugees enter a registration camp after crossing the Greek-Macedonian border near Gevgelija on November 17, 2015 (AFP Photo)
by Anadolu Agency Dec 08, 2015 12:00 am
One of the U.K.'s most circulated tabloids, The Sun, has apologized for its fabricated story that claimed its freelance writer travelled all the way from Turkey to Paris without a passport.

The misleading story "6 Days to Terror" by freelance journalist, Emile Ghessen, published on Dec. 5 claimed that he not only traveled from Turkey to Paris without a passport, but also he managed to complete the feat in just six days.

In its clarification published Tuesday, The Sun said: "In an article of 5th December, headlined '6 days to terror', we published the diary of Emile Ghessen, a freelance documentary maker and former Royal Marine, who said that he had smuggled himself from Turkey to Paris without using a passport.

"We have since learned that we were misled about his conduct during his journey. Contrary to what we were told, and published, Mr. Ghessen used his passport to enter and leave the Croatian city of Zagreb. This has been confirmed by the Croatian authorities. We also now believe that he made use of his passport at the other border points within Europe. His story did not, therefore, demonstrate that the borders of Europe had lax controls."

The original story was published by the tabloid, but then was taken off from its webpage after Croatian officials shared records proving that Ghessen went through border checks.

"We apologize for publishing misleading information. We have now changed our policy regarding the use of freelance journalists in stories such as these," The Sun added.
Last Update: Dec 08, 2015 4:11 pm
RELATED TOPICS