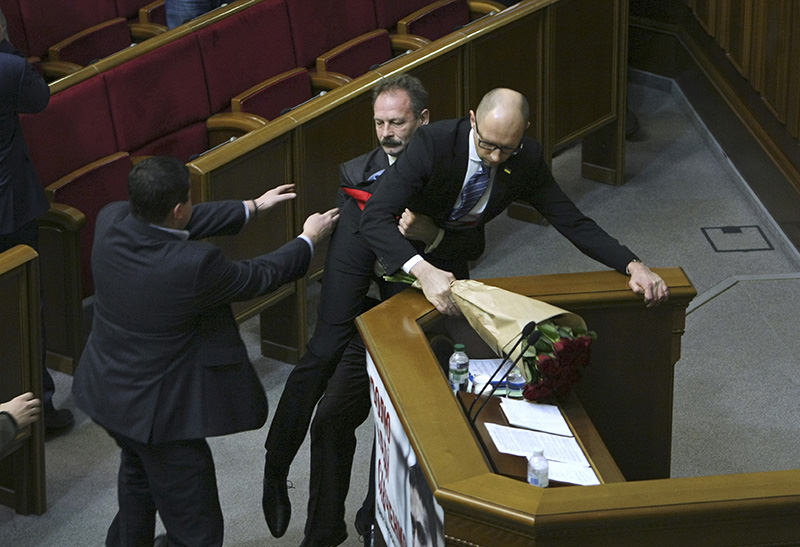 
Scuffles involving several dozen lawmakers have erupted at Ukraine's parliament after one deputy tried to drag the prime minister away from the rostrum.

Arseniy Yatsenyuk was giving his report at the Supreme Rada on Friday when a deputy from the president's party went up to the rostrum with a bunch of red roses. After he handed the roses to Yatsenyuk, Oleh Barna took him by the waist and put his hands around his leg, trying to drag him away as Yatsenyuk clutched onto the rostrum.

Barna has been collecting signatures for the resignation of the highly unpopular Yatsenyuk.

Dozens of lawmakers from Yatsenyuk's party rushed to defend the prime minister and scuffles erupted.

Barna's party said later Friday they have expelled him from the parliamentary faction over the incident.
Last Update: Dec 11, 2015 6:37 pm
RELATED TOPICS