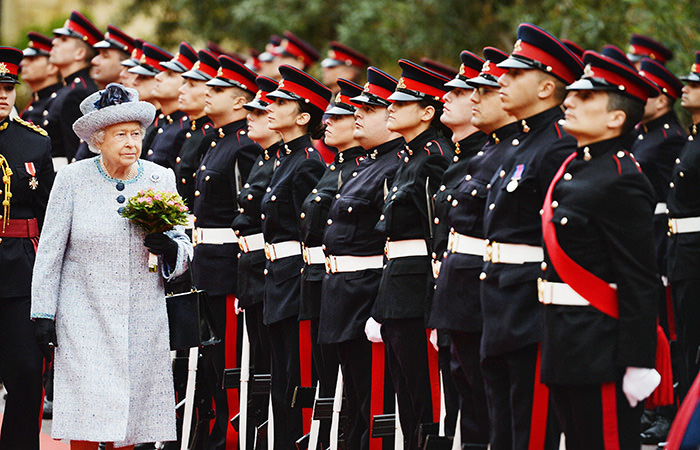 Britain's Queen Elizabeth II inspects a guard of honour in the grounds of the San Anton Palace, in Malta 26 November 2015 (EPA Photo)
by Daily Sabah Dec 11, 2015 12:00 am
The Queen of the United Kingdom, Elizabeth II, reportedly owns £800 million ($1.23 billion) worth of vacant properties in London.

A report published on Friday by the Independent has claimed that the Crown Estate, which is owned by the Queen, has 132 vacant properties in the Greater London area, citing an investigation by City A.M. The properties include Regent Street rooms and central London properties, the report said.

"We've been saying for some time that empty publicly owned properties are an important part of the solution to the housing deficit, but the sheer total is a pretty astonishing value," Russell Quirk, chief executive of online estate agent eMoov.

U.K. has been dealing with a housing crisis and the reports of empty spaces belonging to Crown Estate have drawn criticism. The Crown Estate reportedly responded saying that the spaces are not in usable conditions as they are being demolished. Some of the spaces have been empty for over a decade, eMoov reported.
Last Update: Dec 12, 2015 11:59 am
RELATED TOPICS